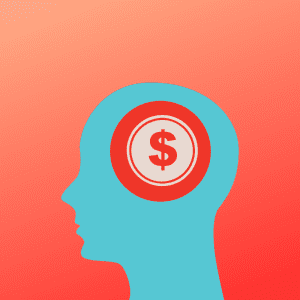 I was just thinking about all the money it must have cost to keep me alive after the stroke I had and the resulting traumatic brain injury (TBI).

I know it must have been a whole lot of money, but I don’t know how much because I’ve got pretty good medical coverage and I don’t see any medical bills.

But I know it must be costing somebody; between my month-long hospital stay, the follow-up doctor visits, the neurological specialists, the MRIs, prescriptions, and more, that must add up to a whole pile of dough.

To start with, I found a couple of websites that claim to list the average cost by state for hospital stays. As far as I can tell, my month in the hospital probably cost more than $10,000 just for the stay itself, but I was in the acute care ward, and that surely raised the cost.

I also wondered how many tacos I could buy with that kind of money, but I couldn’t find any scientific studies about that.

Since I’m far from the only stroke/TBI survivor in the United States, I wondered how much money is spent on people like me. How much do traumatic brain injuries cost a year in this country for everyone with a TBI?

Time to let my journalist freak flag fly; sorry I have to use bullet points, but here’s some stuff I found out. Most of what’s here is from the Centers For Disease Control (CDC) and the National Institutes of Health (NIH). They don’t completely agree with each other, but they were both in the same ballpark. Some were from different years, and that makes it hard to zero in on the costs because the cost for medical care seems to be going up all the time.

But here is some of what I found out:

Now, an estimate of the dollar amount spent on TBI a year: the estimated economic cost of TBI, including direct and indirect medical costs, is estimated to be approximately $76.5 billion. About 90% of the estimated cost are from fatal TBIs and those requiring hospitalization.

That’s a whole lot of tacos.

I wasn’t able to find an estimate for the dollars spent on the different kinds of therapies (physical, occupational, etc.) and other post-injury support, but it’s got to be way up there.

So: what can be done to avoid traumatic brain injuries and their cost?

Sadly, there isn’t a one size fits all kind of cure.

And then there are the costs that can’t be measured in dollars: the toll TBI takes in terms of individual human and personal costs.

And many more, too many more to list, but you get the idea.

So, in a nutshell, traumatic brain injuries cost individuals, families, and society a great deal of money, resources and pain.

There is no way to even begin to estimate all the total costs.

There is a whole lot more to know about traumatic brain injuries–someone could make a whole career out of researching and gathering information. It won’t be me though–having a TBI takes up most of my time.

It sure looks like it took quite a few dollars and resources to keep me alive and moving. Multiply my costs by all the other people with TBI, and you’re talking about a pretty significant number of tacos.

The thing is, I’m sure feel like I’m worth any cost.