(Editor’s Note: Sleep is critical to our health and well-being to every human being. Writer, BEST guest blog contributor and stroke survivor, Isaac Peterson, explores all things sleep in his latest article. KT) 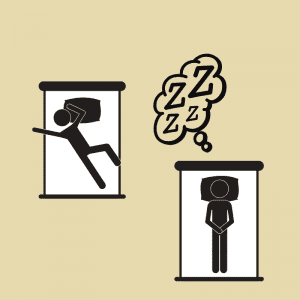 Having a traumatic brain injury (TBI) sure is a real grab bag full of goodies and surprises, isn’t it?

But none of the surprises are good ones—like the one about how hard it is now to get regular sleep.

Sleep disorder studies have shown people with TBIs are three times more likely to have difficulty with regular sleep patterns than the norm. About sixty percent of TBI survivors have some sort of sleep disorder apparently. Women seem to have that problem more than men, I’ve read.

Sleeping is one of the ways your brain tries to heal itself after a brain injury. While you’re in a sleep state it’s much easier for your brain and body to do the things they do to replenish and reinvigorate themselves. Since you are not receiving lots of external input and burning calories, more of your brain is free to restore your functions and re-energize yourself.

Sleep helps to keep your internal clock on a normal schedule, but TBI knocks that clock out of whack. 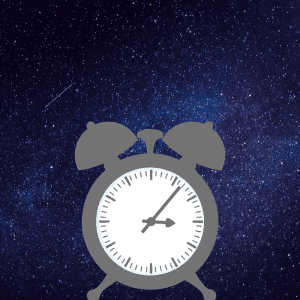 While I was still hospitalized, like a lot of people with a severe TBI, sleeping was all I wanted to do. Hospital staff had other ideas though. I wasn’t allowed to sleep as much as I wanted—they would wake me up at odd times for stuff like physical therapy when all I wanted to do was sleep. I couldn’t get into a regular sleep pattern while I was there.

After my discharge, it was still hard to get into a regular sleep groove. I tried to force myself to stay awake at first because I was afraid to sleep. I guess the experience of waking up in a hospital bed with no idea how I got there was still too fresh. Many nights staying awake was not a choice anyway, because I would often get serious insomnia and I was grateful for it at first.

Lying there in the dark with my eyes closed and playing soft music while I counted backwards from 100 helped sometimes; most of the time I’d have to keep doing it over and over. The times it worked, I think was just because all that counting gets really boring, really quick.

I looked around for something that would get rid of insomnia and let me sleep. I thought about warm milk at bedtime but it turns out that’s an old wives tale (or old husbands tale? Whatever, it’s an old tale). Warm milk does nothing to affect sleep patterns—so if you like milk, drink it, but don’t expect it to help you sleep.

I’m told it’s not a good idea to sleep with lights on—that includes TVs and computer screens. Apparently, lights may keep your body from making enough of the hormone melatonin, and melatonin helps induce sleep. Darkness helps you sleep.

One thing I still go through is something you probably know all too well—the times when the need to sleep would just sneak up out of the blue and just take over everything. That happens a lot when there’s too much external input and the sensory overload reaches meltdown levels. At those times I can sleep all day and then spend the rest of the day winding down from all that exertion.

I learned not to fight it when I feel one of those heavy nap times sneaking up on me. I just go with it and view it as part of my training for a spot on the Olympic power lounging team.

I could sleep for what seemed like days, and that sleep was a very deep, restful sleep–boy do I feel refreshed afterward! I still woke up with a traumatic brain injury, though,but I did feel better for a while.

Then there was the other side that kept me from setting a regular sleep pattern; I also have insomnia a lot. Insomnia is only good on those nights when you’ve just got to put on your superhero costume and go out and fight crime all night.

When you can’t sleep, it’s still a good idea to keep lying down anyway, because even though it’s not as good as sleep, it does give your brain and body a rest and a better chance to get somewhat refreshed and reinvigorated.

And here’s one for the books: one of my prescription medications causes drowsiness and another causes insomnia. Some nights I have both—I’m tired and sleepy but I can’t go to sleep.

My doctor recommended I try taking a couple of Benadryl at bed time. I tried it and it seems like it really works a lot of the time. I sleep like deeply and it’s a really restful sleep too. I don’t quite understand how an allergy medicine helps me sleep, but I’m not arguing.It works for me but it may not work as well for somebody else, though. Ask your doctor about options for you.

For me, I think it’s a good alternative to actual sleep medications because some of them have side effects like burning or tingling in the hands, arms, feet, or legs; changes in appetite; constipation; diarrhea; difficulty keeping balance; dizziness; daytime drowsiness; and dry mouth or throat.

All this talk of sleep is making me sleepy and it’s late. I’ve gotta go catch some Z’s now, but I’ll see you again soon, when I’m rested and wide awake.