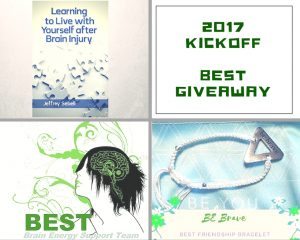 At the Brain Energy Support Team, we think 2017 is going to be the BEST year ever.

Item #1:  Learning to Live with Yourself after Brain Injury by Jeff Sebell.

Author Jeff Sebell has served as an inspiration, beacon of hope and steady support for the brain injury community (and beyond) for many years. He penned the highly acclaimed and groundbreaking book, Learning to Live with Yourself after Brain Injury, which was released in August of 2014.

Simply put, Jeff Sebell gets it. 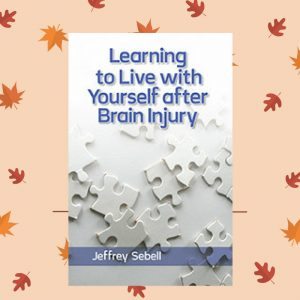 Item #2: This  sweet friendship bracelet from the BEST “Be Brave” Campaign through Bravelets Cause Jewelry (as shown below). 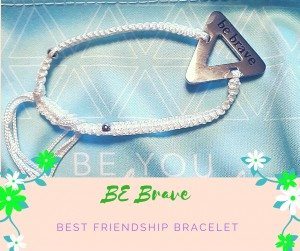 Join us Thursday, January 19, 2017 for your chance to win BOTH of these gifts. Entering is easy. When you see our special giveaway post on January 19, 2017 beginning at 10 a.m. PST,  simply like that post and you are entered into a drawing for the gifts shown and described above. The gift winner will be selected by random drawing on January 20, 2017 at 4 p.m. PST and the announcement will be posted shortly thereafter on the BEST Facebook page.

Added bonus: Want to like us on Facebook while you are stopping by to enter? We’d love it! By liking our Facebook page, you’ll be joining other BEST superheroes and their families in conversation, sharing news and links you can use and much more all year round.

Read on for giveaway rules.