It rains a lot here in the fall and winter, which means it’s also cloudy a lot in those seasons. It’s cloudy more than half the days of the year, which makes it gloomy for many people here, but not me, having lived most of my life in Wyoming and Minnesota. It doesn’t rain in either state as much as the Pacific Northwest, but those two states have their own style of cloudy gloominess.

What Wyoming and Minnesota have in common is lots of snow. For half the year all that grows there are snowdrifts and icicles, and people from out of state have heart attacks just hearing the weather forecast. But it never affected my mood.

The weather up here in Washington doesn’t affect my mood either, but I have to say it’s weird seeing people mowing their lawns in January. The fall and winter months are the rainiest ones here, whereas I’m used to it snowing during that time.

The people who do have trouble when it’s gloomy outside or with the change of seasons are ones with Seasonal Affective Disorder (SAD). SAD can make living in a beautiful state like Washington a gloomy and depressing experience.

SAD is considered a major depressive disorder. People struggling with SAD experience depressed mood, loss of interest in their normal routine and activities, low energy, feelings of hopelessness and trouble concentrating. At least some of this may be brought on by the progressively shorter days, causing their internal clock to be out of synch with nature’s clock. And changing the clocks for Daylight Saving Time can’t be helping matters any.

Seattle ranks in the top ten American cities for gloomy cloud cover, because it has at least half the time with these kinds of weather conditions. People who already deal with mental health issues like depression are more likely to get SAD. Women, people who live at higher latitudes (including us Pacific Northwesterners), and people who are younger, all have a higher risk for SAD.

I also wonder how the depression some feel during winter holidays—Thanksgiving, Christmas, and New Years—might be related to SAD.

For many people who do have SAD, the depression they feel may be severe enough to bring on suicidal thoughts, and some do go on to commit, or attempt, suicide. I have reason to believe, from skimming some medical literature, that SAD is or at least can be worse for those already prone to depression.

What does that mean for traumatic brain injury (TBI) survivors who may already live with severe depression? I’m not aware of a lot of research looking into it, but I would guess that TBI-related depression would be treated the same way as people struggling with SAD.

One way is the time-honored treatment with antidepressant medications, as well as mental health therapy.

Another treatment that’s shown some promise is known as light therapy. Some researchers believe disruptions in levels of 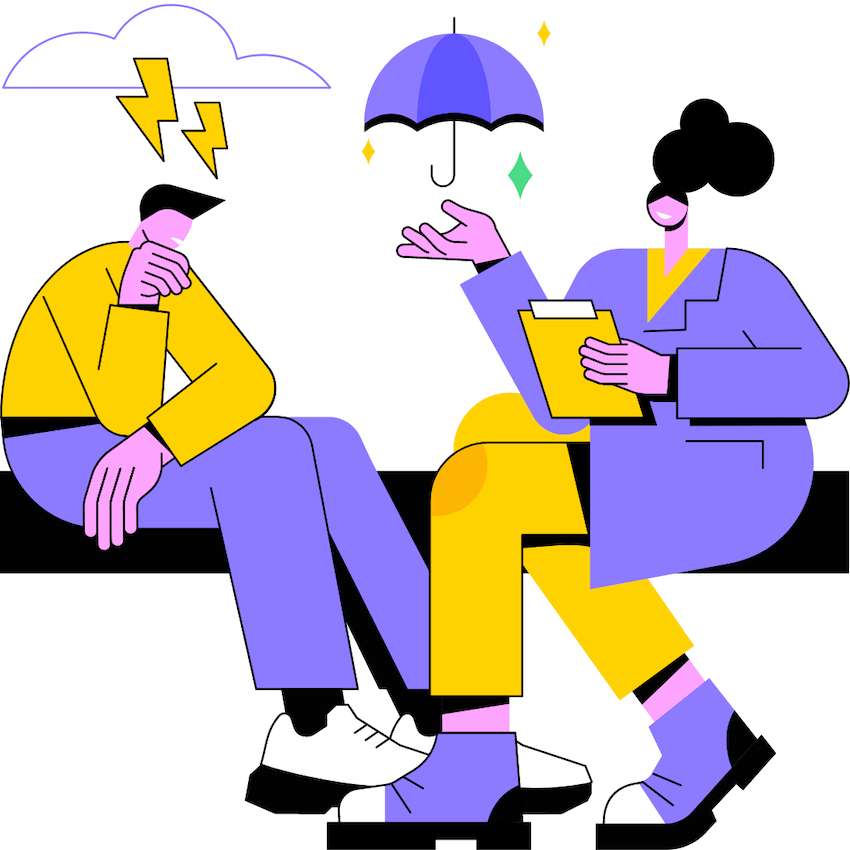 serotonin, a brain chemical that regulates mood, and melatonin, another chemical that helps maintain a normal sleep cycle contribute to depression. Light therapy uses what’s called a light box, a device that emits light that imitates outdoor lighting. Some researchers and therapists believe this type of lighting may cause a natural chemical lift in a patient’s mood and lessen other SAD symptoms like feeling tired much of the time or sleeping too much.

There are several types of light boxes, tailored for specific needs, such as for treating skin conditions and that use various kinds of light. Not every kind of light will be effective for treating SAD. There are other considerations that come with using a light box, like the intensity of the light; it’s recommended to look in the direction of the light but not right at it. This is important for people like me, a traumatic brain survivor with sensitivity to light.

Light box treatments are for short stretches every day, and medical professionals recommend that the first exposure be soon after first waking up. It’s not necessary to have a prescription for a light box, but it’s a good idea to use it under the guidance of a health care provider.

It might be helpful for a caregiver to know whether a survivor’s depression is chronic and TBI-related or is caused by SAD, which will lessen when a gloomy season passes. I’m not a doctor but I do think that information might in some way be helpful for a TBI survivor’s medical provider to be aware of.

It’s important for depression, from any cause, to get diagnosed and treated.