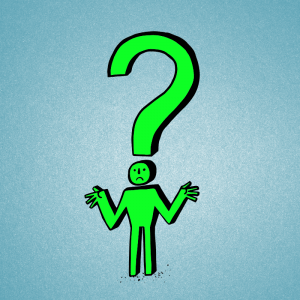 Awhile ago, I wrote about some of the things people say to me that make living with a traumatic brain injury even more of a challenge.

I didn’t yet realize it at the time, but what I listed were actually stigmas.

Stigmas are the preconceived notions people without a traumatic brain injury (TBI)  have about us; and at the very minimum, they can be very frustrating, and sometimes discouraging or even hurtful. Many people seem to think traumatic brain injury is the same as brain damage, and treat us accordingly. It can lead to people having unrealistic expectations of us; stigmas can even make them shun us or treat us as less than fully human.

The misunderstanding is theirs, but when they act on those misconceptions, they can make their problem ours.

According to recent data from the Centers for Disease Control (CDC),  1.7 million people suffer a traumatic brain injury annually.  I’m not sure if that figure includes people who already had a TBI and suffered a new one. Some of those people get new injuries by falling and hitting their heads, being in car accidents, or any number of ways.

The CDC also says that of those 1.7 million people, 275,000 people a year are hospitalized and 52, 000 die. There is obviously no way to know how many traumatic brain injuries go unreported. Some people may go a long time between the time of the brain injury and finding out they have one.

Like I said above, I’ve had the misfortune of dealing with some of those stigmas; I won’t rehash them here. I will however list a few other stigmas below and make some brief comments about them.

To make it easier, they’re numbered.

Stigma #1: You didn’t get hit that hard. You can’t have a brain injury.

Oh yes, you can. It really doesn’t take that much force to cause your brain to move a bit inside your skull.  My TBI–the legacy of a major stroke–is a closed skull TBI. Even I was surprised when I found out that was considered a TBI. The bleeding in my brain caused pressure in my skull and gave me a traumatic brain injury.

Stigma #2: You didn’t get hit in the head, so there’s no way you can have a brain injury.

This one is closely related to number one. A direct hit is not necessary to cause a brain injury. As noted above, any event that causes the brain to move inside the skull, like whiplash, may lead to a brain injury.

Stigma #3: You were wearing a helmet. You don’t have a brain injury.

Apparently those people forget that football players–who wear helmets every second they’re playing–can have TBIs. More and more football players are turning up with the form of TBI known as Chronic Traumatic Encephalopathy (CTE), enough that the NFL has been forced to treat it as a major concern. Motorcycle riders who experience crashes can get a TBI even if they show no outward signs of injury.

Stigma #4: You had your brain injury a long time ago. You just want people to feel sorry for you.

No two brain injuries are alike. Since there is no set time for recovery, people take varying amounts of time to recover–if they recover at all. There are people who suffer from TBI for many years. Some suffer for the rest of their lives.

Stigma #5: If you just don’t think about it so much, it will go away.

People with a TBI can’t help but think about it–they have it every minute of every day. There are things that can help people live a bit easier with a brain injury, but even the coping skills they develop are only dealing with the symptoms and not the cause. If a TBI eventually does go away, it will do so in its own time, regardless of whether the sufferer thinks about it or not.

Stigma #6: You can tell if somebody has a brain injury by looking at them.

I have no idea why people think that. As I said about my brain injury, it’s of the closed-skull type. Apparently some people think that unless you have a crowbar lodged in your head you can’t possibly be injured. They expect all brain-injured people to have some kind of open skull condition. TBI is internal, with no visible outward indicators.

I’m running out of space, but I have no doubt you could have written this piece based on your own experience.

I really can’t tell you how to deal with stigmas–it would be nice if everybody could be educated about traumatic brain injuries. But they aren’t, so aside from never leaving the house, it looks like stigmas are a part of life for people with TBI. People that perpetuate the stigmas are often people who really do mean well;. they just don’t understand what it’s like to have a TBI or what it’s about. And about all you can realistically do about is to be patient with them and try calmly to explain.

Maybe they will eventually start to understand.