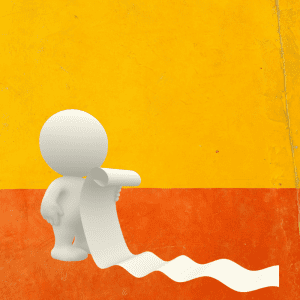 The other day I was kind of doing some self-inventory, just to kind of get an idea of where I’m going compared to where I’ve been in my life.

I think it is kind of necessary to do that from time to time–kind of like spring cleaning.

You throw out the old, broken stuff you don’t need and hold onto the good stuff, so to speak.

The good news is that I think the positives outweigh the negatives. There was no bad news, unless you want to count the stroke I experienced and the traumatic brain injury (TBI) I got from it.

Here’s the short version of what I came up with.

First, and above all, I am alive. As I’ve written before, and you already knew anyway, many people who have massive strokes don’t live through it. But I did somehow, and I’m still here to tell you about it.

Any day you wake up breathing is already a good day.

There are many people who seem to genuinely care about me. Sadly, not everybody can say that. My circle of friends was small when I first moved to Tacoma but has kept growing at a rapid pace. The primary factor in that is that by pure dumb luck, I hooked up with Brain Energy Support Team’s Tacoma Brain Injury Support Group. My first Tacoma friends were there, and there is a steady influx of new friends all the time.

And as I’ve also recounted before, that brain injury support group was the place where I got the support and encouragement to contribute writing to this blog. My writing seems to be doing very well, and that’s another positive for me. My writing skills would have probably gotten rusty otherwise.

I was involved in reaching out to legislators at the state capitol to okay a measure to provide TBI-related services here in Washington State. We got it through both houses of the legislature, and the governor signed it into law at the end of April. I think it will become law in the next month or so.

There is the possibility looming that I might have a book coming out at some point. I have high hopes for that. I’ll let you know if, and when, it happens.

It seems I am becoming somewhat a voice for increasing awareness of TBI. I can’t say I’m a leading voice, and I can’t really say I’m a noted voice; however, I feel like I’m on my way to something, on becoming even more of an advocate and supporter, so that goes in the plus column as well.

A neighbor of mine turns out to have a retail space in downtown Tacoma. I recently ran into him on my nightly walk. We talked for a bit, and it came out that I have a traumatic brain injury and he and his wife are very sympathetic to TBI survivors. They offered me some space to feature my writings about TBI and talk about it to visitors who might be interested to learn more about it. More to come.

Those are some of the major things. I have some promising, positive things coming up, and I’ll be writing about them when they happen.

Not only have those and other things happened after the stroke I experienced; they’ve happened because of that very stroke.

My pre-stroke self was kind of down and out–I was an experienced and noted journalist, but because of the economy, I just seemed to never be able to catch a break. There was no paying work available, and I almost literally couldn’t get arrested.

The only thing I could come up with to console myself was to think it would no doubt get better because I felt like I had used up all the bad luck for one lifetime.

I was lying in a hospital bed talking to a close friend after that stroke. I remember telling him that when I got out of the hospital, I wanted to use my writing to help advocate for other people who have survived a traumatic brain injury.

The problem was that I didn’t have the first clue how to go about it.

Then, within months after I was discharged, suddenly people were asking me to become involved in doing advocacy work for people with TBI.

It’s only going to get better.

Everyone should be so lucky.

« Summer 2019: Lunch and Learn Series at Our BEST Space
The Arts Empower »