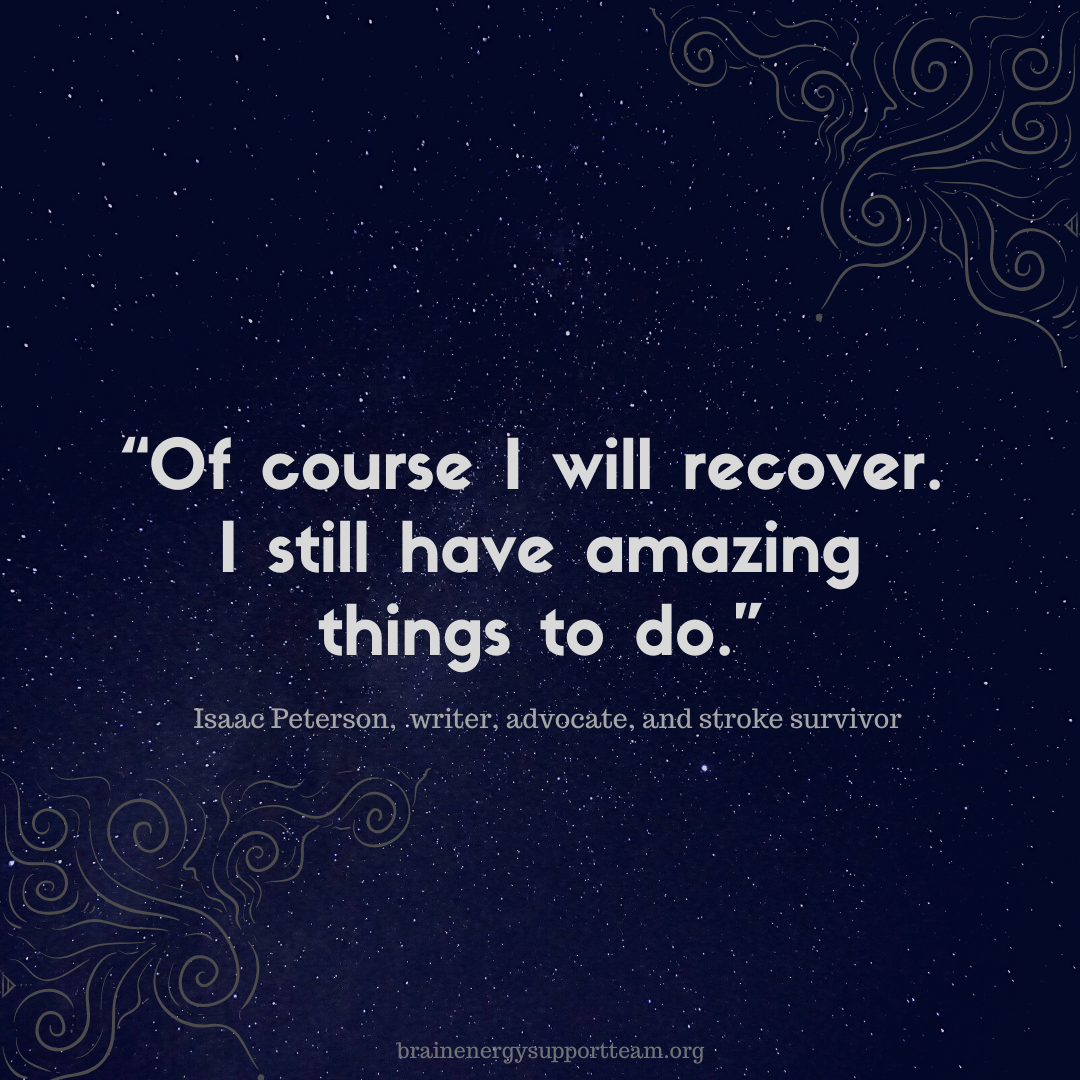 I have an anniversary coming up, one I’m more than happy to celebrate.

November 8th marks five years since I lived through a major stroke. I’ve written here before that that’s a day I should never be able to forget, but instead it’s a day I’ll never remember. But I’m not worried about that—the fact that I’m here to talk about it is plenty enough.

When it happened I didn’t know the first thing about strokes or traumatic brain injuries. For me, strokes were something that happened to other people. Not a lot of people really know much about strokes or brain injuries without having the experience. But it seems just about everybody knows somebody who’s gone through a stroke, and most of those people weren’t lucky enough to emerge from it as well I did.

Apart from still being alive, one reason to celebrate is that from here my risk of another stroke starts going down, at least statistically it does. And on top of that, I’ve read that many other stroke survivors only live a year or two after the stroke.

One thing surviving did for me was to increase my awareness, not just about what a stroke is and what it does, but also just how many people are experiencing strokes. I don’t know the numbers offhand, but it is a high number. I’ve lost count of the number of friends and acquaintances who’ve experienced strokes since the one I went through. I do know that only two have survived.

Many people—including me—seem surprised I can still walk, talk and write. A lot of those people treat me like I’m something special, but I take it in stride. I don’t expect anything less from myself. It didn’t take me long to learn that a big part of the challenge is how you choose to deal with it. With the right frame of mind you can make it through anything.

I don’t see myself as a victim, and I’m not somebody who suffered a stroke. Bottom line is I’m a survivor, not a victim, doing the best he can, every day. A stroke is just something I experienced once. It happened and it’s over now. There are some things I can’t do any more or do as well as before, but I emerged still able to do quite a lot. I’ve had some good times, I’ve had some down times, I’ve made new friends and I’ve learned a lot.

I don’t regret experiencing a stroke, but I don’t recommend the experience or wish it on anyone else. I still have some issues and challenges to work through, but the important thing is only living people face challenges. I welcome the challenges, mostly because they remind me that I’m still alive. I’m aware of my strengths and my weaknesses; every day I can build on my strengths and work to minimize my weaknesses.

People tell me things happen for a reason, and some think the reason I survived is to be an advocate and an activist, to reach and help people through my writing, and to provide some hope and inspiration.

I don’t know about all that. What I do know is it’s important work that needs doing and I survived with the ability to pitch in and do my share.

Some tell me how lucky I am, and I don’t tell them they’re wrong. I sure feel lucky, anyway. Every day is a new gift with the potential to start a new adventure.

It’s been five years and I’m laying out my plans for the next five. I’m still not quite sure what that will involve, though. I do know I intend to keep writing, advocating, and living.

At my first support group meeting I remember being asked whether I thought I’d recover. I’ll leave you with the words I responded with:

“Of course I will recover. I still have amazing things to do.”

Stand back and watch me.