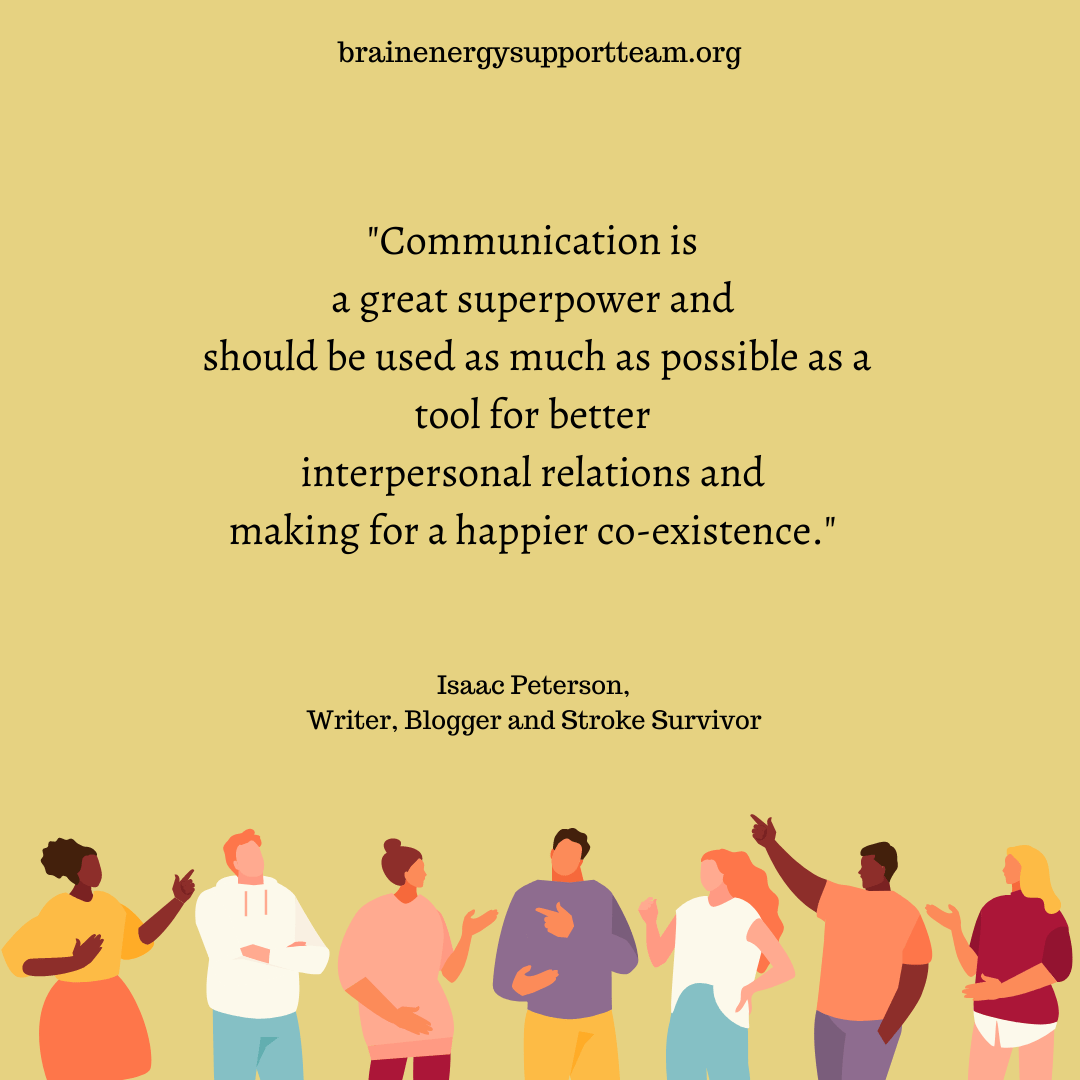 Everybody thinks they can communicate since they know the language, but that’s not necessarily the case.

Communication is more than just talking; it’s also about being understood and understanding another person. Good communication skills are important for every human on the planet, but it’s crucial for both sides in a caregiving/receiving situation.

I believe one of the causes of traumatic brain injury survivors feeling alone and left out is the lack of quality communication. That sense of distance can be avoided or lessened with effective, purposeful and meaningful communication. No one wants to be with a caregiver who is hard to communicate with, and vice versa.

Some people are born communicators; these are  people who just are naturally good at connecting with people.

However, good communication skills can be learned, to one extent or another.

One of the descriptions of communication I was taught in school was that communication is what happens when the picture in the speaker’s head is expressed in a way that the same picture is created in the listener’s head. That’s real communication. 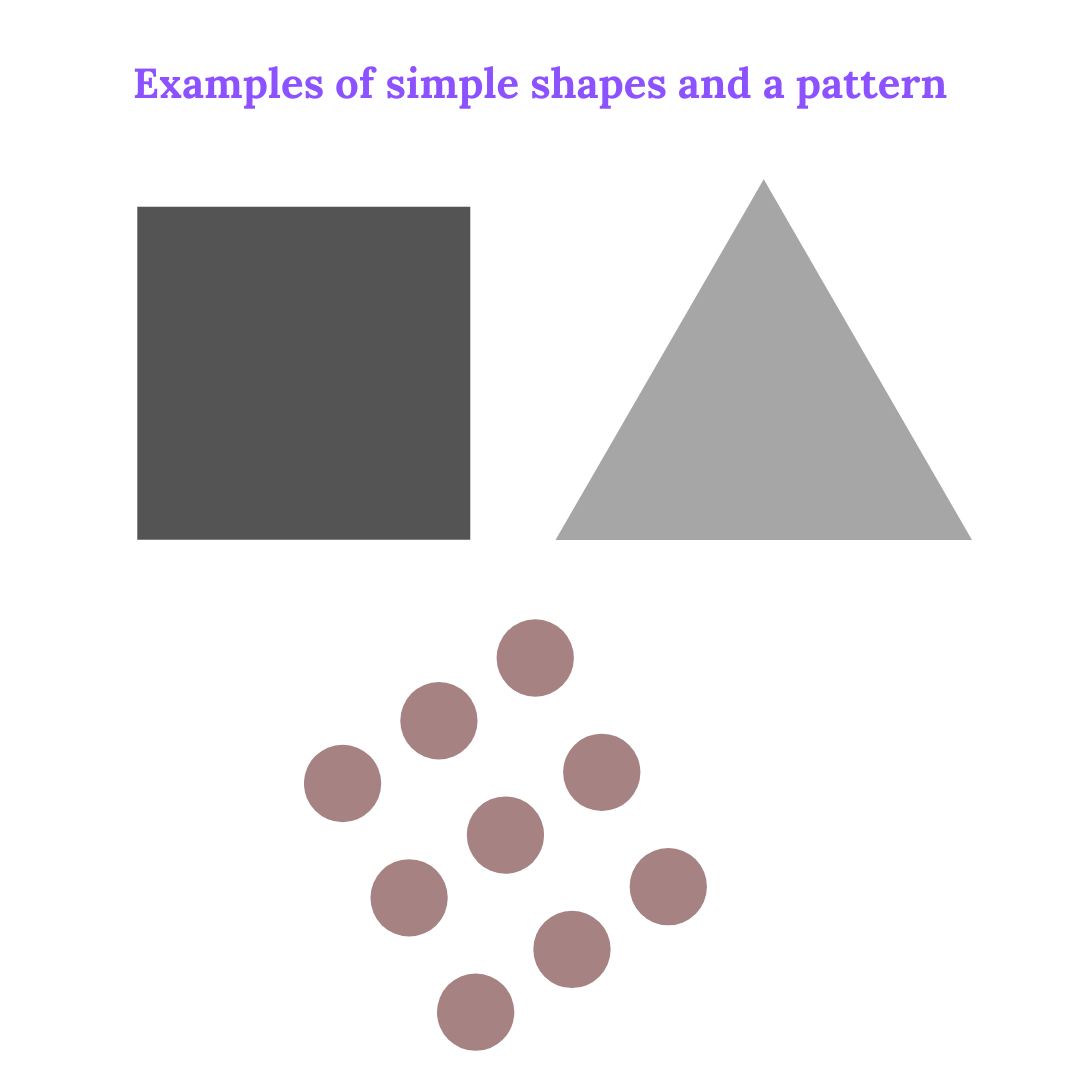 A good way to start to hone communication skills is to choose a drawing of a shape or pattern. Situate another person in a place where the two-dimensional object you are about to describe is not visible to that person. Now describe different aspects of that object and have the other person sketch the object while you are describing it.

Ideally, the finished sketch will resemble the object you described.

And then you switch roles. Have the other person describe an object to you for you to sketch. This kind of thing can go a long way to establishing mutual communication, and learning the other’s communication style.

I think it’s a fantastic exercise for learning some basics of interpersonal communication because it gives you these tools:

These sorts of exercises can also help develop what is called active listening. As you go about drawing the object, at points along the way to completion, you can show the other person what you have drawn so far. In that way you are both giving and getting input on how well the other person is communicating a picture.

In real life, active listening can also take the form of questions like, what do you mean, how do you mean that or why do you think that. It shows you are engaged and making an effort to keep communication on track.

The listener can hone in on the message by repeating to the speaker what they think they heard to make sure accurate communication is actually happening. Ask questions or make statements like this: okay, it sounds like;  you want me to (fill in the blank); do I have  that right; or so it sounds like what you are asking me is this (fill in the blank. Doing that can really go a long way toward preventing disagreements and arguments. It helps one to respond to what’s actually being said, rather what one thinks or infers is being said.

Active listening cuts down on communication errors, but it can also prevent you playing an adult version of the game telephone, the kid’s game where one person whispers a sentence to another kid, who whispers the sentence to another, and so on. The last in line repeats the sentence as it was passed along in its final form. The sentence usually ends up garbled and with no relation to the original, but you already knew that. If you are giving a message to another person to pass along, you want to make sure the person is communicating accurately the message you intend for the final listener. Active  listening makes it a lot harder to play real-life telephone.

Another part of effective communication is tone. Using the wrong tone gets in the way of real communication. I’ll give you an example.

Which approach do you think has a better chance of getting someone to cooperate? Loudly demanding, TURN OFF THAT $^&#$@# LIGHT  or calmly asking, could I  get you to please turn off the light? It gives me headaches.

This is a good example of  the old adage: it’s not what you say, but how you say it.

Find the communication style that most often leads to the outcome you’re looking for.

You certainly don’t want to speak from anger or frustration; they override your internal editor that chooses the appropriate words for the situation. It’s another case of the way you say something overriding the message you want to communicate. Taking a pause to consider the best words in any situation is a key to effective communication and keeps the parties involved from saying something they will regret later.

I find an effective tactic is to say something like, when this situation happens, it makes me feel…. Phrasing it that way doesn’t blame or shame the other person and gives that person a clue how best to communicate and behave in a mutually productive way in the future.

There’s much more to communicating, but I’m running short on space, so I should wrap up for now. This is just Communication 101. But please understand that communication is more involved than many people realize. This is just a short treatment of some basics.

I chose to talk about interpersonal communication because it’s the type of communication we engage in the most in day to day life no matter who we are and what situations we’re in.

Good communication is a two-way street; it takes two people to make it work right.

Communication is a great superpower and should be used as much as possible as a tool for better interpersonal relations and making for a happier co-existence.