(Editor’s note: Writer, stroke survivor and BEST Guest Blogger, Isaac Peterson, shared his insights, thoughts and reflections on the first anniversary of his stroke last year. Today, as he looks back after two years, he’s been able to fill in some gaps from the past and celebrate his journey forward into the future, even more. Prepare to smile and be inspired. KT) 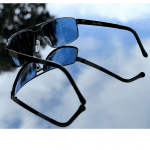 Two years ago, on November 8, 2016, was the day I had a major stroke, and if I have anything to say about it, it will be the only one. I simply don’t have time for another one. I still have too many things to and too many goals to accomplish.

Let me take a quick inventory here of what’s happened with me since last November 6th.

Apart from my doctors tell me my overall health is good, my blood pressure is completely stabilized and not likely to cause another stroke any time soon. Of course, I still live with the effects of the traumatic brain injury (TBI), but as they say, at least I have my health.

To me, the rest is icing on the cake.

But before I get to the icing part….

I recently was able to fill in some of the blanks about what happened between the last thing I remember and when I woke up in the hospital, things I’ve always wondered about. A few days ago, I finally got around to asking my housemate in St. Paul, Minnesota, at the time, Tim Ellis, about what happened that day.

Tim tells me he discovered me during the day. He noticed I hadn’t been acting the way he was used to me acting; I hadn’t come up from the basement where I stayed for anything and there was no sign I was even in the house. Tim hadn’t seen or heard me and started to wonder.

He decided to yell down the stairs to check. Tim says I came up the stairs, but I was unsteady and out of it. He asked if I’d been drinking and I said I hadn’t, so he knew something was very wrong and called an ambulance.

I don’t remember any of it.

I was out of it for upwards of three days, Tim said. He had kept in touch with the hospital by phone and came to look in on me for himself, but I don’t remember it. He had looked through my Rolodex and managed to find my sister’s phone number here in Tacoma, Washington. He called to let her know what had happened. My honorary daughter had joined with my sister and done something else that was cool and helpful: between the two of them they had somehow gotten out the word to all my Facebook friends. And those people got busy—I had a flood of phone calls from friends of mine everywhere, so many that hospital staff just left the phone in my room.

I got enough cards and letters to open my own store, and more gifts than I knew what to do with. I had just had a major stroke but all I could think about was how lucky I was to have so many people in my life who cared.

The doctors told me I was going to be low functioning and basically helpless and dependent, but I think they were giving me a standard prognosis for people who experience a stroke of the type and severity of the one I had. I exceeded those expectations, but then I’ve never been a conformist. Now, my regular doctors tell me my stubbornness was key to my recovery.

After my discharge and forced relocation to Tacoma, I spoke with Tim. I remember thanking him for saving my life. He refused to believe he had saved my life and tried to downplay it.

But even if he didn’t save my life, he prevented me from laying there and continuing to bleed into my brain. If the bleeding had not been stopped, the pressure would have continued to build in my brain and if that hadn’t resulted in my demise, I would have been left with more severe damage than I ended up having.

So, Tim, let me say before the world, that if you hadn’t been such a caring friend, I likely would either not be here to write this or not be able to write at all.

If I ever have any children, I will name the firstborn Timothy, even if it’s a girl.

Now for the icing….

In the past year, I encountered a dear lady who is a member of a state agency called the TBI Council. It reports to the governor and recommends solutions to TBI-related issues. Her function on the council is legislative outreach. She asked me whether I would like to join her in lobbying state legislators on state funding for TBI issues and I accepted.

We are a great team and can practically finish each other’s sentences. The legislature is currently on break, but when it reconvenes, we will be there again lobbying.

Another cool thing was being invited to join another statewide committee affiliated with Washington State’s social and health agency. We try to help recipients of public benefits to resolve issues with their services and make recommendations for improvements in the state system. It’s statewide and I was surprised to learn I’m the only representative from Tacoma.

And then there’s this blog. It’s provided me an opportunity develop friendships with some truly great people, both in the United States and from other countries. This spring this website blog was ranked as one of the top TBI blogs internationally.

My lifelong friend Ray Watson tells me that while I was still hospitalized, I was already talking about using my experience to help survivors cope and advocate for TBI survivors. I really had no idea how I could go about that but here I am, doing just that.

My future’s so bright it hurts my eyes sometimes.