(Editor’s Note: Writer and stroke survivor Isaac Peterson has been sharing his writing with the BEST blog for three years as of this month. Thank you Isaac for your amazing contributions and all that you do through your words and wisdom. Today’s entry centers around “listening” to your body. Your body always has an important message. KT) 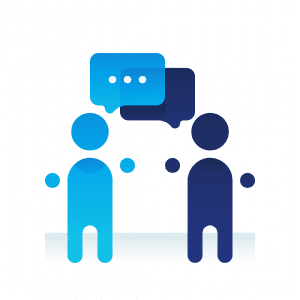 Are you fatigued all the time?

Sensitive to noise and bright light?

Have problems with memory?

Having trouble with balance?

If so, you probably have a brain injury. I have all of those–and more.

My body and mind constantly remind me I have some problems, and if you have a traumatic brain injury yours does, too. It’s unmistakable and impossible to ignore—it’s our bodies telling us things are still not right.

We have to accept those things as part of our new normal.

Bodies don’t tell us things in human language and we can’t listen to it using our ears. It has its own language and it is always talking to us, telling us important things.

Okay, Isaac: how is somebody supposed to listen to their body?

Well, it’s kind of hard to explain. Our bodies aren’t exactly talking to us,  but they are giving us information. You already know how much it hurts when you get a deep cut, a burn or break a bone or something. Pain is one of the ways our bodies talk to us. It’s letting us know we’re hurt and we need to do something about it. Pain is unpleasant, but it serves a useful purpose; it’s possible to have something seriously wrong and not be aware of it until it starts hurting. I know it sounds goofy, but pain can be your friend. Besides, think how good you feel when the pain goes away.

Pain isn’t the only way our bodies communicate with us; there are ways, some of them whispers, some of them screams, but they’re there if we would just listen.

Here’s an example from my own life of a time my body was desperately screaming at me but I wasn’t listening.

Before I experienced a major stroke, my body was trying hard to let me know something majorly serious was happening. I don’t remember much from the days just before the stroke I experienced, but I do remember how my body tried to warn me something was seriously wrong and I wish I’d paid attention to what it tried so hard to tell me.

I had suddenly started having severe bouts of vertigo, the best term I can think to describe that feeling. Trust me, you do not want to feel what I was feeling.

When I stood up, I would get seriously dizzy and my head would feel like it had exploded. Then my vision would swirl like crazy and the world seemed to lose all color–everything was suddenly black and white.The swirling made feel like I was on a merry-go-round; it seemed like what it would be like if my eyes had rolled back in my head. What that experience lacked in fun it made up for it with being intensely frightening.

My body was screaming RED ALERT! RED ALERT! DO SOMETHING RIGHT NOW, YOU FOOL, BEFORE IT’S TOO LATE!

So I sprang into action—I started taking aspirin and Tylenol and tried to spend as much time as possible lying down in order to avoid that feeling. Then for some reason I had a stroke–or that’s what they told me when I woke up in the hospital.

My body tried to warn me but I just wasn’t interested. I hope everybody is smarter than I was at that time. Now I pay attention to every little thing.

One recent real life example of consequences from not hearing what your body is telling you is of the experience of a former housemate.
My housemate, one night in a fit of anger, kicked a stone wall. He said it hurt, but would be all right. But days went by and it got worse instead of better.
One night the pain was so bad he was rushed to the hospital by ambulance, where he was met with some extremely bad news: the foot that kicked the wall had somehow become gangrenous and they were going to have to amputate part of his foot. The cost of ignoring your body’s attempts to communicate with you can be quite high. He finally listened, but if he’d ignored it much longer it would have cost him his life. As it is, he was quite lucky it only cost him part of one of his feet.”

Like I said before it’s pretty hard to explain how to listen to your body–but I can pass along some things that might help get you on your way.

The first thing is to know yourself–inside and out. You know yourself best and what normal feels like for you on a good day. You know when subtle changes come on, like sore muscles after strenuous exercise (but often, sore muscles are part of aging–you would be aware of that). You know how things normally affect your body, but you definitely want to take it seriously when you have a feeling that doesn’t seem to have a cause you can identify. Trust yourself, know yourself, but don’t hesitate to get checked out if something seems off.

With a brain injury, so many things feel off all the time, but it’s still important to listen to what your body is telling you. You may feel there are so many things wrong with you that there’s no way anything could get worse; but worse things can always come up out of the blue.  I have enough things off-kilter all the time that I’ve kind of come to think about it as a kind of constant background noise. What I’m learning to do is to listen past the usual noise and pay attention to any new problem, or if one problem I already have gets worse.

If something unusual suddenly pops up like trouble walking, thinking clearly, or communicating, don’t wait around hoping it will go away. Get yourself some medical attention as soon as you can. Make sure to be able to clearly describe the problem, when it started, and what you’ve tried to do about it as well as what seems to work. That will help zero in on the root of the problem. List all the things you take, like vitamins, prescriptions, or any other substance you regularly use.

I’m sure I haven’t told you anything you didn’t already know, but it’s still important enough to emphasize: Listen to your body. It wants to be friends, and you can trust it to always tell you what’s really going on.