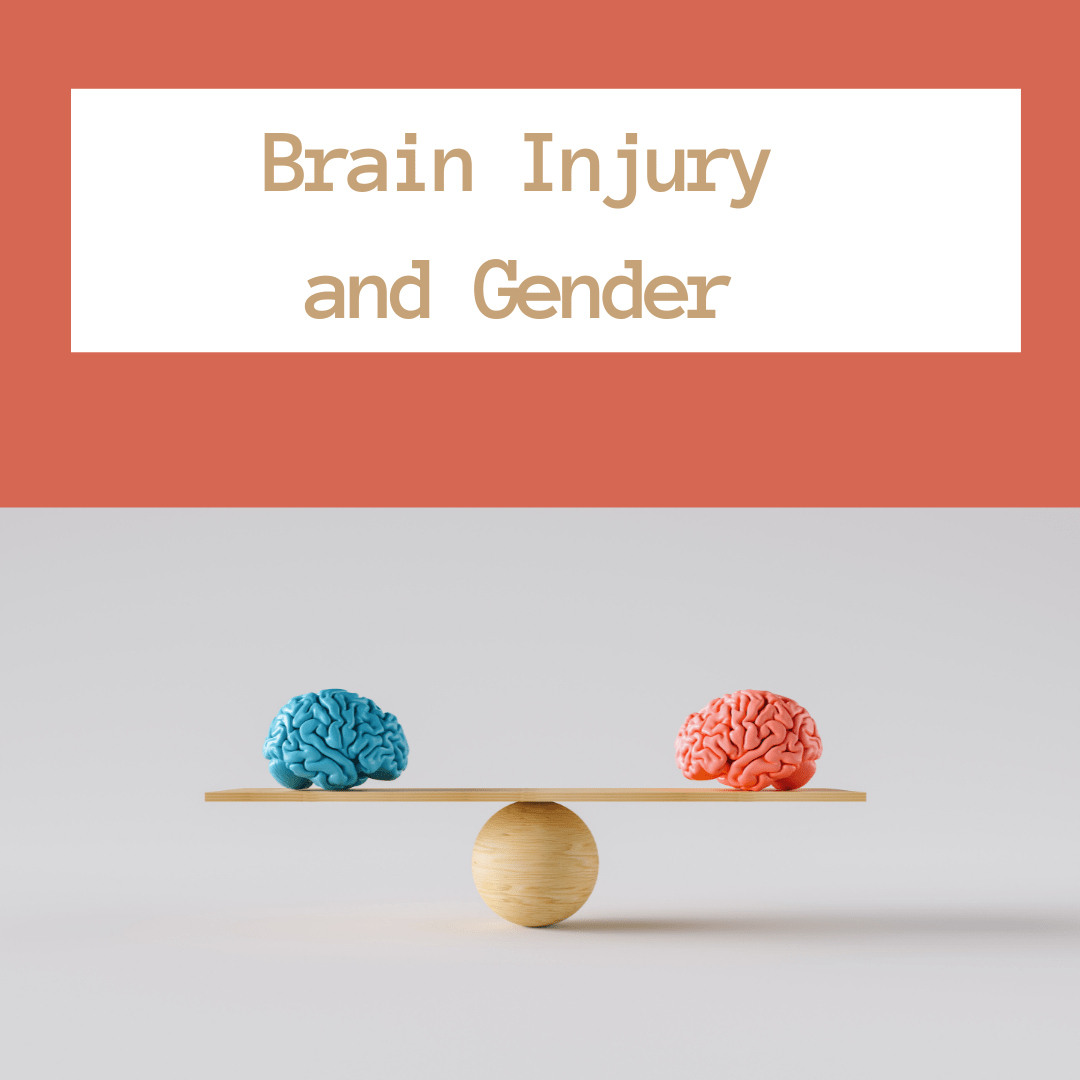 We’ve all heard the phrase, no two traumatic brain injuries are alike.

Those of us with brain injuries have, anyway.

It gets said all the time; I’ve said it myself. No two brains are injured in the same way, and no two brain injuries have identical effects.

But one of the biggest differences is that it also seems females have different brain injury-related life experiences than males.

A lot is known about traumatic brain injury (TBI) because of ongoing health research, but only half the story is being told: there are huge differences in the ways females experience brain injuries compared to males.

On the surface, the differences seem to break down primarily according to physiological and biochemical differences, possible genetic differences, and traditional gender roles in our society.

There’s research that seems to indicate that hormones play a bigger role in female brain injury. Traumatic brain injuries may actually cause hormonal changes that can accelerate osteoporosis (weakening of bones) and hirsutism (increased hair growth) in women. This seems to make sense because hormone production is regulated in the hypothalamus area of the brain. A brain injury that affects that part of the brain can affect the amount or the rate of hormone production.

Reproductive hormones may play a part but right now it’s not clear how or why. Estrogen may be part of the equation; younger females don’t seem to experience quite as much neuron damage as males. Some researchers seem to believe females are a bit more resilient than their male counterparts because of the difference in hormones.

Puberty and menopause also look like they have some effect. Some studies seem to show females who haven’t reached puberty and premenopausal women have lower mortality rates and more positive outcomes with TBI than postmenopausal women.

And no one really knows why, but some studies seem to indicate women report more dizziness and headaches after a brain injury than men.

Genetics may also be part of the picture, but not much is known about that yet.

While much of the medical data is still unclear, one thing that is clear is that society and gender roles have a lot to do with how traumatic brain disease affects females.

Many single mothers with serious cognitive and physical symptoms have trouble scheduling treatments and therapies because of the demands of juggling raising children and working outside the home, so their aftercare may get neglected .

Then there are barriers to women obtaining quality and compassionate medical primary and emergency room care for TBI. Female TBI survivors have reported difficulties with disrespectful healthcare providers and therapists who tended to downplay and trivialize women’s concerns and don’t take them seriously.

One problem that can result from that kind of neglect is possible undiagnosed or misdiagnosed brain injuries. For one example, chronic dizziness and issues with balance and equilibrium may be diagnosed and treated as an inner ear problem rather than symptoms of traumatic brain injury.

Untreated brain injuries, especially multiple brain injuries over long periods, can increase a woman’s risk of diseases and disorders like Alzheimer’s disease, Parkinson’s, and CTE (chronic traumatic encephalopathy, brain degeneration caused by multiple head traumas, often seen in football players). Of course this all is true of men as well, but are likely also common in women whose brain injuries go undiagnosed. This is especially true with more and more women and girls participating in organized sports.

Another problem that affects women more than men is intimate partner (domestic) violence. Battered women are at higher risk of TBI, cognitive impairment, and physical, mental and lowered social wellbeing than men. Those effects can also be undiagnosed or misdiagnosed for women needing medical treatment for abuse.

Since the start of the COVID-19 pandemic incidences of domestic violence have gone way up. Lockdowns, job losses, stay at home orders, lack of options for entertainment outside the home and social involvement mean many women are forced to stay shut in with their abuser, so there is a greater chance of domestic violence than normal, with the added stress of the pandemic overall.

Some services are reduced or have been eliminated for a time due to COVID-19, such as social services or programs and shelters and that reduces the opportunities for women to escape their abuser. The surge in COVID-19 cases and the need to prioritize COVID-19 patients reduces the chances for women seeking and receiving medical care for their injuries, so treatment gets delayed.

The same may also be true for girls and younger women in foster care who experience  violence and abuse.

Among older adults who have experienced a TBI, women are much more likely than men to move to a long-term care facility, rather than a home setting is another gender-related difference.

And there is much more.

This article just scratches the surface of the problems women experience with traumatic brain injuries.

You probably noticed I used words like possibly, likely, seems to, may result, and more, instead of just coming right out and making clear statements of proven facts. That’s because TBIs in women just haven’t been studied or researched as extensively as in men.

It’s a complex issue with no easy answers.

All of this is just to show how complex the issue of gender-related TBI treatment can be.

Until fairly recently TBI has been considered a problem that affects mostly men.

That may be part of the reason women can get mistreated and misdiagnosed or undiagnosed—practitioners may think there just isn’t much to the experience of women, or they are exaggerating. There doesn’t seem to be much research that describes outcomes separately by gender and gender-based impact on recovery to even begin to know what to look for in women.

The bottom line is we need to do more research and conduct more gender-based studies to recognize the impact brain injuries can and do have on women, to treat brain injured women more effectively, and learn how to help women recover and live healthier lives.