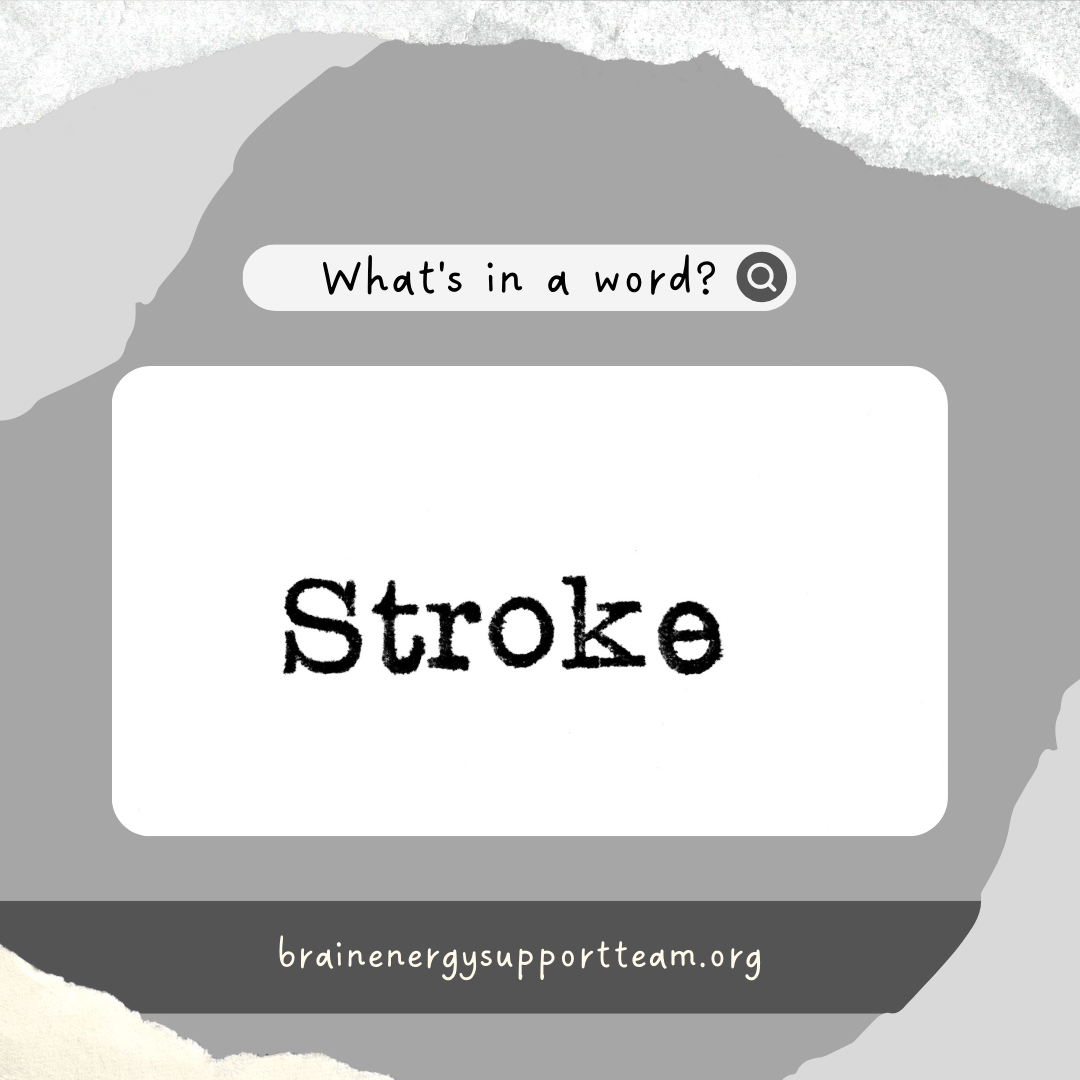 Before I experienced a stroke, the word stroke just pretty much meant to me the following definitions and images: petting a fluffy kitten; swinging a golf club; or a metaphor, as in, a stroke of luck.

Why do those benign and innocuous ideas share the same name as one of the most deadly and horrific things a person can ever experience, and in some cases, their last experience in life? It’s an experience that forces survivors to reorganize their lives around its aftereffects, and takes much resilience, toughness and determination.

I just had to find out how the word stroke came to be the term for that harrowing occurrence.

Stroke has been used since at least the Second Millennium B.C. It’s also been described as apoplexy. Hippocrates (known as the father of medicine)  first wrote about strokes more than 2,000 years ago. He coined the word apoplexy, which is a Greek term meaning, struck down by violence.

Hippocrates believed our blood carries our spirit or vitality and any interruption of our vitality led to apoplexy.

Some European cultures used stroke as a kind of shorthand for a stroke from God’s hand since the cause of stroke wasn’t widely known or understood. Near the end of the 16th century or so, stroke was used as a synonym for apoplectic seizure. Similarly, apoplectic stroke was used to describe a cerebral accident accompanied by hemorrhaging or a hemorrhagic stroke, the kind of stroke I survived.

In around 1650 A.D., strokes finally started to get to be understood when Johann Jacob Wepfer discovered the cause of hemorrhagic strokes. He discovered that people who had died of apoplexy had bleeding (hemorrhaging) in their brains. He also linked strokes with the main arteries supplying blood to the brain. He also identified the cause of ischemic strokes and suggested those were caused by  blockage in the blood vessels in and leading to the brain.

In more modern times the term cerebrovascular accident was coined as a synonym for stroke in about 1927. That term isn’t used any more; the connotation of chance or luck downplayed its severe nature by minimizing the underlying risk factors and their manageability.

According to the American Stroke Association (ASA), the term brain attack was introduced early in the 20th century. The ASA itself has used brain attack since 1990 as an umbrella term for both hemorrhagic and ischemic strokes. That description underlines the seriousness and severity of strokes.

In the 1970’s the World Health Organization defined stroke as a neurological deficit of cerebrovascular cause that persists beyond 24 hours or is interrupted by death within 24 hours. The 24 hour time limit is to distinguish strokes from transient ischemic attacks, also known as TIA or mini-strokes that usually resolve themselves within 24 hours.

That brings us to now, when causes and prevention of stroke are much better understood. Strokes haven’t ever changed over the centuries, but the words describing them have.

So that’s it for now, everything you ever (or never) wondered about the medical views of stroke, where the term comes from, and how it has evolved.

« Hello, Summer!
Thank you for your support! »