Home » Our BEST Stories » Boy Howdy, How Some Things Change 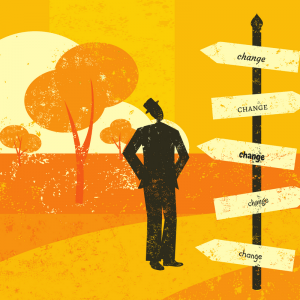 Boy howdy, how some things do change.

I used to get told all the time how my smile was one of my best features. To hear others tell it, I could turn the world on with my smile, and take a nothing day and suddenly make it all seem worthwhile.

Then I had a stroke, and I’m aware of only smiling once since then. I honestly cannot remember the last time I laughed. But I seem to be able to make others laugh and smile, without really meaning to. It just seems there is something about the way I often express myself. Apparently, my stroke hasn’t affected that, at least.

I am noticing that while my stroke has had a lasting effect on my physical abilities, it has otherwise left me intact, although there some other things.

And please don’t suggest we meet at a Starbucks. I can’t describe what those places smell like to me without using profanity.

And there’s TV and movies. There are no TV series I have any time for any more. I don’t care for TV dramas–crime shows, court room dramas and such, especially. I have given up on situation comedies, as I don’t see any comedy in the situations on those shows. I do still enjoy some older sitcoms, like All in the Family (but I don’t laugh like I used to). I honestly cannot remember seeing a movie trailer on TV that inspired me to feel like Wow, I really gotta go see that.

There are plenty of trailers that inspire me to hit the mute button on the remote, though.

As for popular music, I also can’t remember the last time I heard something on the radio or on TV that I just had to run out and acquire. It wasn’t always like that; I have somewhere around 1,000 CDs. But most of them aren’t pop. Most of what I hear in passing these days seriously negatively affects my will to live. I’d rather go square dancing–and I can’t stand square dancing or square dance music.

The music soundtrack in TV shows and movies is a good part of my not liking TV shows and movies (I have to say that that there have been some tunes that I’ve liked–for example, I’ve always thought the theme song for The Rockford Files was really killer). So, I don’t put any time into watching.

I assiduously avoid the award shows for TV and movies, and always have; the stuff I like is never up for award consideration. The joke I used to make is that my predictions for things like the Grammys and Golden Globe awards are always 100% accurate; my prediction is always that I won’t be watching, and that prediction always is dead on.

There is no law that says that everyone must have the same preferences that I do, although there should be–the world would be a happier place.

When I have the TV on, it’s pretty much on cable news, although most of that is unwatchable for me now. There are three hosts on cable news I like and never miss, but I won’t name them here. I must confess that Judge Judy’s show and Columbo reruns are kind of a guilty pleasure, though. Go figure, huh?

I can absolutely live without what feels like the intrusion of otherwise innocuous sounds, like the noise people make eating potato chips. And people talking with their mouths full. Last year, a TV commercial regularly aired that featured a dog talking with his mouth full of a brand of dog food. The ad turned me all the way off; it was so bad to me that I even went as far as calling the company to complain. They sent an email apology to me, and I don’t know if my complaint had anything to do with it, but I only saw the commercial a couple more times before it completely disappeared from my TV without a trace.

Large crowds, bright lights and noise? Any one of them is a big no, thank you, but all three at the same time? No, thank you, times three. But somehow, I don’t seem to have too much trouble being around groups of TBI survivors, like in the support groups I attend. Maybe it’s because a lot of them are sensitive to sound, light, and noise, so they don’t tend as a group to be noisy and flashy.

I could go on all day about things that annoy me but I won’t–I am sure you have other, more interesting things to do today than read an extensive list of my gripes.

I’ll just end by saying again that my traumatic brain injury (TBI) has broadened the range of my sensitivities to certain things. Since there are no two TBIs that have the same effects, I am sure you can come up with your own, unique list of peeves.

In the meantime, it looks like it is going to be some time before my smile is turning on the world again.