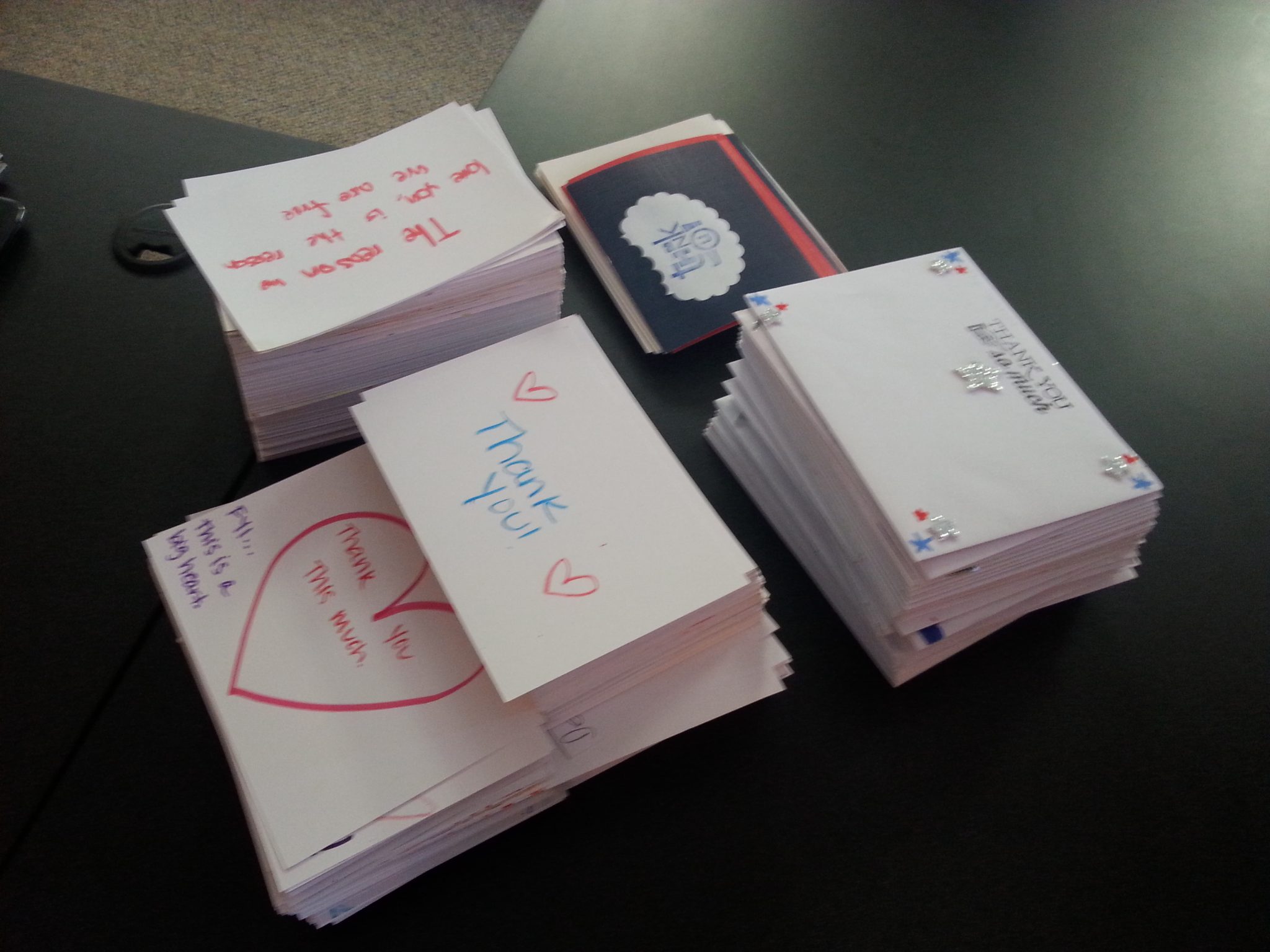 A heartfelt and handwritten letter of appreciation really means something special; however, it’s extra special when it is going to one of our brave servicemembers deployed overseas.

Earlier this year, the city of University Place, Washington,  launched a community effort to write letters of support and appreciation to Joint-Base Lewis-McChord’s (JBLM) 16th Combat Aviation Brigade (CAB), who are currently deployed in Afghanistan. The Brain Energy Support Team (BEST), along with other community entities took part in the effort to support the troops. The 16th CAB is the city’s “adopted” brigade through the JBLM Community Connector Program. To learn more details about the city and CAB’s partnership, click HERE.

The letter project has now been completed and a staggering number of letters were contributed to the project from the community. Last night, BEST played host at the BEST Learning Center for a special “packing party” to prepare the letters for shipment overseas to the troops. University Place Mayor, Denise McCluskey, provided a special update on how the brigade is doing to BEST, AUSA and Peace Out packing volunteers and gave a heartfelt and emotional thanks to all those involved in the project.

Paper artist and BEST team member, Diane Rasch, played a special role in this effort. Diane volunteered her time and talents throughout the spring and summer by offering a CAB letter writing activity and handmade card crafts for the project at Our BEST Space and at a local youth program. Thanks Diane for your hard work and enthusiasm!

BEST is honored and proud to support the 16th CAB servicemembers and their families. We appreciate their dedication, hard work and sacrifice.

« A Big Thank YOU and Welcome from BEST!
Caregiver Support Group Starts in September at BEST »