They are all common symptoms of aging.

However, they can also appear as symptoms of moderate to severe traumatic brain injury (TBI), especially in older people. TBI can not only resemble aging, it can amplify some symptoms of natural aging, as well as lowered life expectancy.

Studies have indicated lower life expectancy in TBI survivors compared to the general population, depending on age, sex, and the severity of the injury, especially when walking. Additionally, dependency on others for feeding also factor in. There are estimates moderate or severe TBI may lower life expectancy by as much as 40% in some individuals.

Moderate or severe TBI, depending on the cause, can lead to the kind of bone and soft tissue damage in the trunk of the body and in limbs associated with aging. The condition is called sarcopenia and can also cause loss of muscle function, weakness and lower stamina. Sarcopenia is often a natural consequence of aging, but can happen in younger people as well. It is associated with the amount of physical activity and exercise a survivor engages in.

Other conditions TBI may contribute to are earlier onset dementia and Alzheimer’s disease.

Naturally, and obviously, our brains grow and age as do our bodies. The brains of survivors with moderate to severe TBI can lead to declines in both physical and cognitive functions. Many of those brains show signs of more rapid aging than those of people without brain injuries.

The news about aging and TBI isn’t all bad; it turns out there are some activities that can somewhat limit their effects:

People with a traumatic brain injury encounter the same challenges as the general population in regard to aging. We can’t help aging—aging begins the moment after we are born.

But by doing the things mentioned above regularly,  we can do more to lessen the effects of aging.

Your body and your brain will love you for it. 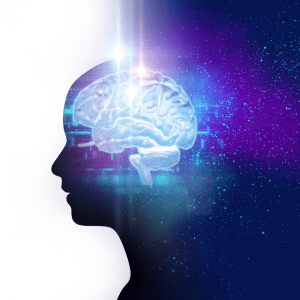 Many thanks to Lou Nash of the Edmonds Support Group for sharing updates and articles of interest. In a recent newsletter Lou sent my way was an interesting piece about aphasia.

Aphasia is an acquired communication disorder that impairs a person’s ability to process language and occurs as a result of stroke or TBI. Aphasia does not affect an individual’s intelligence.

I repeat, aphasia does NOT affect intelligence.

According to the National Aphasia Association approximately 180,000 people become aphasic every year, mostly as a result of stroke. They estimate 1 in every 250 people have aphasia.

Communication is important and when we rely on verbal or written communication we find ourselves at a disadvantage when our brains no longer process that correctly. Using other means of communication, creative approaches to not only getting the point across, but understanding what is being “said” is integral to living a successful life with aphasia.

The article made some valuable points like, “Smartphones and tablet computers such as the iPad are very popular, and we have found them to be extremely beneficial and practical for many survivors,” and “The use of features on smartphones such as calendars, notes, reminders and alarms can be very helpful to people with language and other cognitive deficits.”

We know from our own experiences how apps on iPads or tablets, smartphones, and other tools can assist individuals with brain injury ad their loved ones manage daily life. The technology can also aid communication. For example the Oxford Picture Dictionary is an app that lets you click on a picture or word and hear how it is pronounced. This can help them improve naming and listening skills as well as convey a message to others.

These things also enhance our quality of life and allows for greater social integration. Learning about assistive devices, resources we can draw on, and practicing the skills we learn are all part of what support groups offer.

The full article can be found at https://strokeconnection.strokeassociation.org/Winter-2016/Speaking-of-Technology/

University Place, WA: The Brain Energy Support Team (BEST) distinguishes itself from other brain injury organizations in that the leadership, services and programs are built by and for people with brain injury and their families. Beginning March 15, 2016, BEST is seeking to raise $5,000 by March 25, 2016,to refine and expand its educational tools and resources for the brain injury community. Through these efforts, BEST will be further able to increase brain injury awareness, as well as empower the growing brain injury community throughout the state.

The general public will have the opportunity this month to hear people’s personal stories and learn more about the powerful impact of brain injury on individuals, families and communities. People will be invited to donate and learn more online at the BEST website, brainenergysupportteam.org, throughout the campaign. BEST will also be sharing awareness information to take part in the national Brain Injury Awareness Month throughout the entire month of March.

“Because we are an organization entirely created and run by people and their families directly impacted by brain injury, we have a unique perspective on what people in our community need and the need is great,” says Gloria Kraegel, BEST Executive Director.  “We often hear directly from the people we support that BEST has created a safe and supportive environment for them to explore and learn new things so that they can feel good about themselves. Through personal and peer educational development, we look to do more than survive, but to actually thrive, feel empowered, and to build the best lives possible going forward.”

About the Brain Energy Support Team (BEST):  The Brain Energy Support Team (BEST), is a 501c3 nonprofit organization founded in 2008. The mission of BEST is to provide support, advocacy, public awareness, education and socialization opportunities to individuals with a brain injury and their families. BEST provides support to over 70 brain injury support groups in Washington State. Learn more at brainenergysupportteam.org.