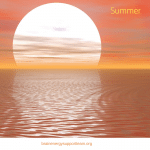 I’m taking a bit of a break from my break. I hope while I’ve been gone, you’ve been reading our two new bloggers Andy Dovey and Chef Myron. BEST also has a new guest blogger sharing her work this Friday named Kirsten Short (stay tuned). If you haven’t, please stop by and show them some love.

I just wanted to give you a quick update about a couple of things I’ve been up to lately.

1. On two separate days I went in for some medical testing: blood lab work, a chest X-ray, an EKG and stuff like that. I can’t say it hurt (except for all the needles–they told me I was a good boy but didn’t give me a lollipop for my bravery), but it was more uncomfortable and inconvenient than anything. But I lived through it, so that’s got to count for something, I guess.

The hardest part actually was waiting for the doctor to come in and go over my results. It gave me plenty of time to obsess over what might turn up.

When he finally came in, I told him to just give me the bad news first and get it over with. He simply said, “There is no bad news.”

He told me just to keep doing what I was doing because it looked like what I was doing was working very well. And it looks like I may be able to stop or cut down on the anti-seizure medication one of these days, perhaps sooner than expected.

I still have the short-term memory and concentration difficulties, neuro-muscular issues, weakness and dizziness, drowsiness and all the rest that should eventually all get resolved in time (although that could still take a good deal of time).

But the good thing is that my recovery still seems to be coming along pretty well. At least my ongoing aftereffects and symptoms are more manageable than they were a year ago.

2. I went to the annual Washington State TBI Conference here in Tacoma at the end of May (the one last year was in Seattle, and I attended it as well). It was a good time, overall, spending two days in a luxury hotel with and around TBI survivors. There were plenty of speakers and presentations.

It helped me put a few things in sharper perspective, hearing deeply personal accounts from all kinds of people about their experiences and their challenges. One common theme I heard from several people was how they had to essentially put whole world back together after their injury.

I heard from people who had to learn all over again how to walk, talk, how to make toast, and all sorts of activities most people engage in and take for granted. And it occurred to me: the challenge I’ve been facing hasn’t been so much about re-learning the world as much as it’s been finding my own place in it after my brain injury. I realized I’m one of the very lucky ones, since I at least still have my language skills intact. I wouldn’t be able to write this blog article otherwise, and it looks like I’ll have avenues open up to do other writing soon.

And another great thing was that I met someone at the conference who is a member of a Washington State-sponsored TBI advisory council. I told her about my journalism background, and she invited me along with her to spend a day with her at the state capitol laying the foundation to lobby the legislature to fund TBI-related issues. The legislature isn’t in session right now, but aides to some key legislators were there, and I got to spend the day talking about those issues. We’ll be going back again soon, so hopefully when the legislature reconvenes we’ll have some doors already opened so some people will already know who we are and will make time for us. I will certainly talk about it here when that gets underway and moving. 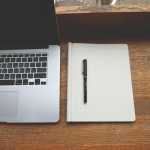 3. A good friend from college is an attorney in the town where we were students at the University of Wyoming. He also got himself elected as a representative in the Wyoming legislature.

He has agreed to nominate me to the university for an honorary master’s degree in journalism.

I have a BA from them in communication, but no formal education or training in journalism. But I was able to become a journalist and make a name for myself anyway. He is nominating me on the strength of the awards and recognition I earned. He believes I’ve mastered journalism, and I agree.

I should be notified of the university’s decision in September. Please wish me luck.

As I mentioned above, I’ve had some realizations about my TBI and my place in the world while I’ve been on vacation from writing here. I thought I’d write about them now, but it turned out that doing that would make this a very long post, one that some people might not want to wade through. There will be a new entry about those soon, and I hope they will be as interesting to you as they are to me.

That’s it for now, but watch this space, because I will be back soon with new adventures to tell you about. And I think soon I will have a pretty cool announcement about some plans I’ve talked about with BEST. I think my future is not going to be written for me, but by me, and I’d really love to have you all along with me for the ride.

So, how are things with you?