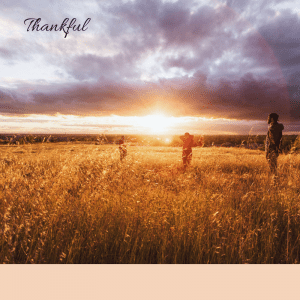 Ah, the Thanksgiving holiday again. A holiday that’s sure to inspire a wide range of emotions and reactions in all kinds of people.

To many, it’s a day devoted to eating too much and watching football. To others, it’s a day for spending quality time with family, friends and loved ones.

And to still others, the ones with traumatic brain injuries (TBI) it’s, well…. I don’t think you want to get me started on that one. And I’ve already written about the effects the last holiday season had on me.

But getting to the reason for the holiday, there are actually quite a few versions of the first Thanksgiving, from the one we’re taught in elementary school to versions floated by some historians that have some very dark undertones. But I’m not here to talk about any of those things.

Let me note first, though, that I don’t think I’ve ever read any version of Thanksgiving that included an account of what the Pilgrims did for the first Black Friday and the kinds of deals they got.

Actually it will be a few words about some of the things for which I give thanks, in no particular order:
I’m thankful that every day, out off all the people in the world, I’m the one who gets to be me.

I’m thankful that my mind seems to still be mostly intact after my stroke last year.

I’m thankful for having my own mind, the strength of my convictions, and being able to do my own thinking.

I’m thankful for the skills I have and that I can use them to help others. I’m thankful that people seem to like the things I write, and for the feedback that some seem to get some kind of inspiration and hope from my ramblings.

I’m thankful for the wide variety of people I have been privileged to know throughout my life.

I’m thankful for my readers; you are a crucial part of my recovery. Thank you for making me feel that even in my currently-diminished state, I still have value and worth.

That’s all I’ll do for now, but there is one last thing I have to say about giving thanks, and for me, I think it’s a very important thing.

I don’t think we need to have just one day out of the year to give thanks. For me, it is very important to give thanks every single day, to always hold those things in the front of our minds. I feel that no matter how bad things may be, there are also things for which to be thankful.

What do you think? What kinds of things are you thankful for?