For those not familiar with Cognicon, the event was started in 2019. This virtual cognitive convention is designed to share information about brain health, wellness, self-care, empowerment, and supportive communities and programs in the virtual platform of Second Life.

There is no charge to attend, no registration or sign up required, and all are welcome!

In the meantime, if you are new to Second Life, we highly encourage you to join BEST in Second Life today! It’s free to visit, explore and take part in activities and events. Click here to learn more and how you can get started. 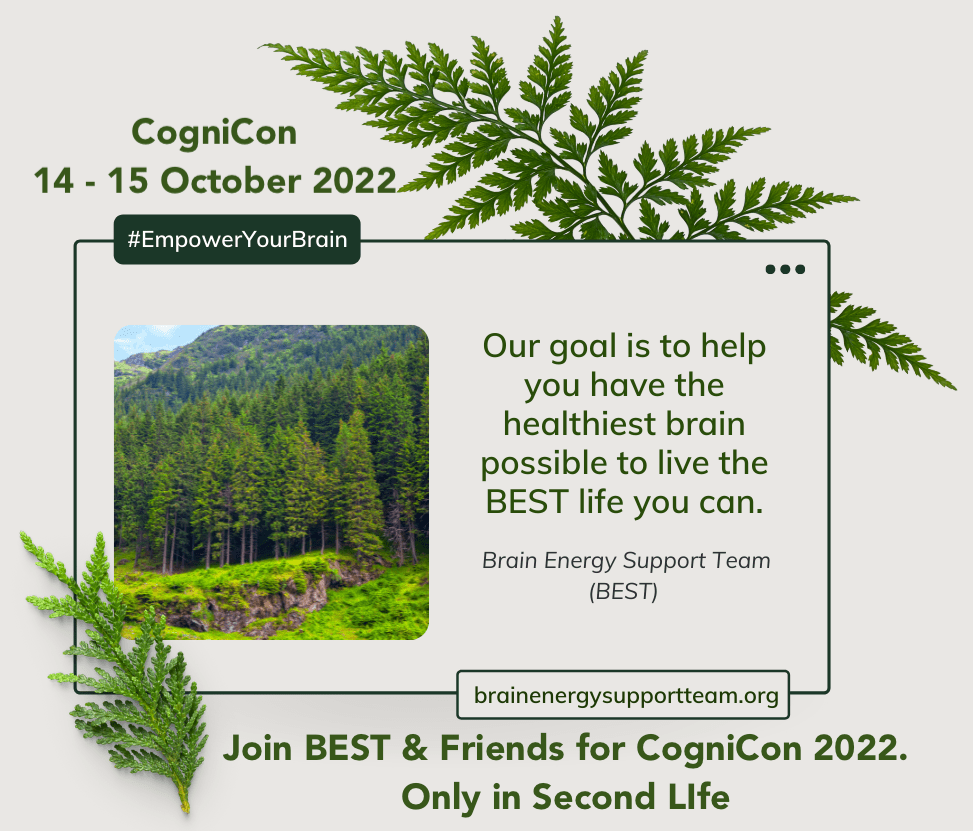 “You are a VIP, a very important person so take care with self-care. If not you, who? If not now, when?” – Toni Hawkins 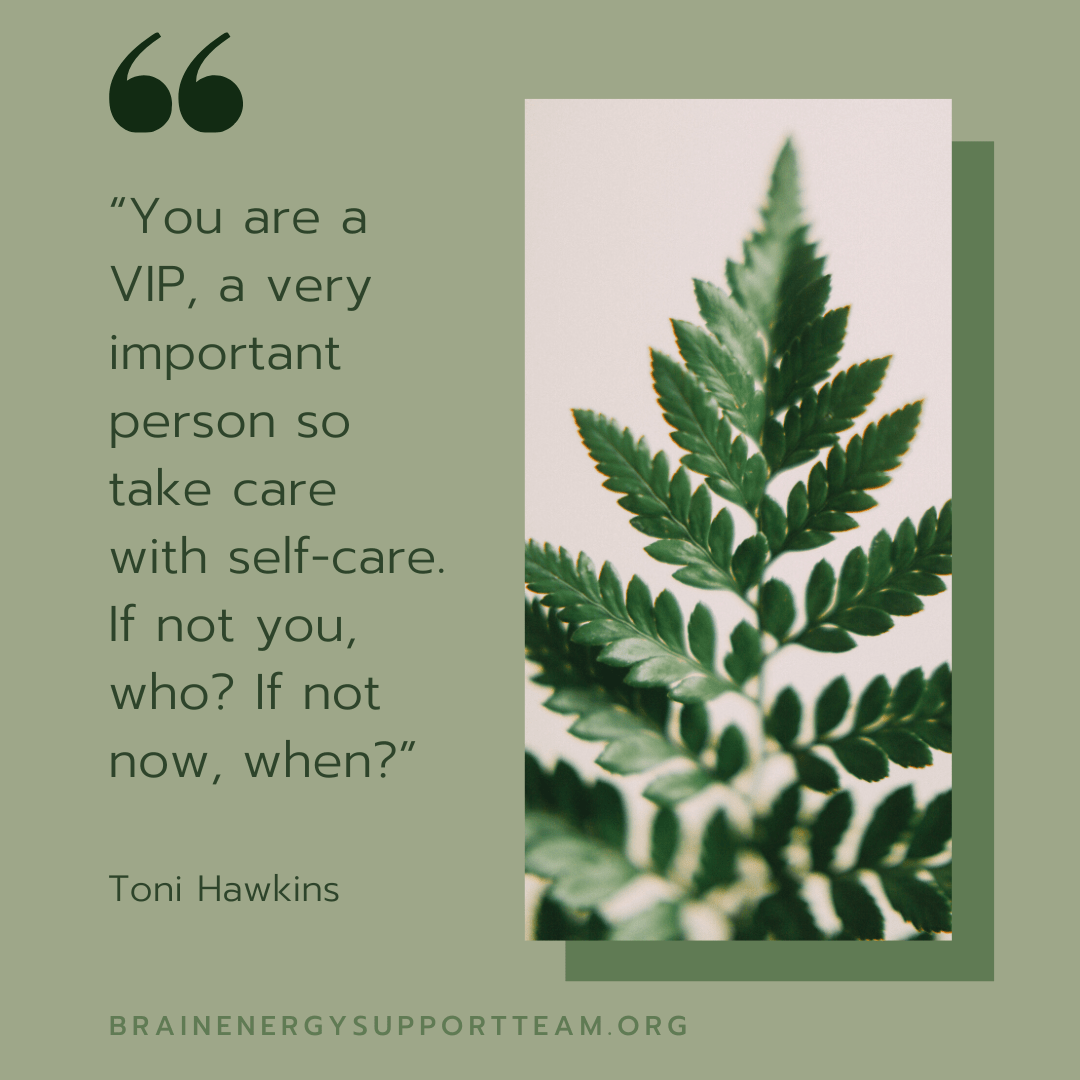 Cognicon returns! Save the date for October 14-15, 2022 for a virtual event that is like no other!

For those not familiar with Cognicon, the event was started in 2019. This virtual cognitive convention is designed to share information about brain health, wellness, self-care, empowerment, and supportive communities and programs in the virtual platform of Second Life.

There is no charge to attend, no registration or sign up required, and all are welcome!

In the meantime, if you are new to Second Life, we highly encourage you to join BEST in Second Life today! It’s free to visit, explore and take part in activities and events. Click here to learn more and how you can get started.

Well, here’s one thing about strokes I never heard of before now: post-stroke spasticity. I’ll call it PSS.

Although I never heard of it, PSS is fairly common in stroke survivors. It causes stiff or rigid muscles and commonly affects the elbows, wrists and ankles. PSS restricts the full range of a muscle’s motion and also makes a muscle involuntarily contract. That can make the surrounding tendons and soft tissue become tight, and cause weakness and lack of coordination.

When this happens, stretching the affected muscle is very difficult. In what’s called contracture, joints in arms and legs can become frozen in an unusual position and can be excruciatingly painful. 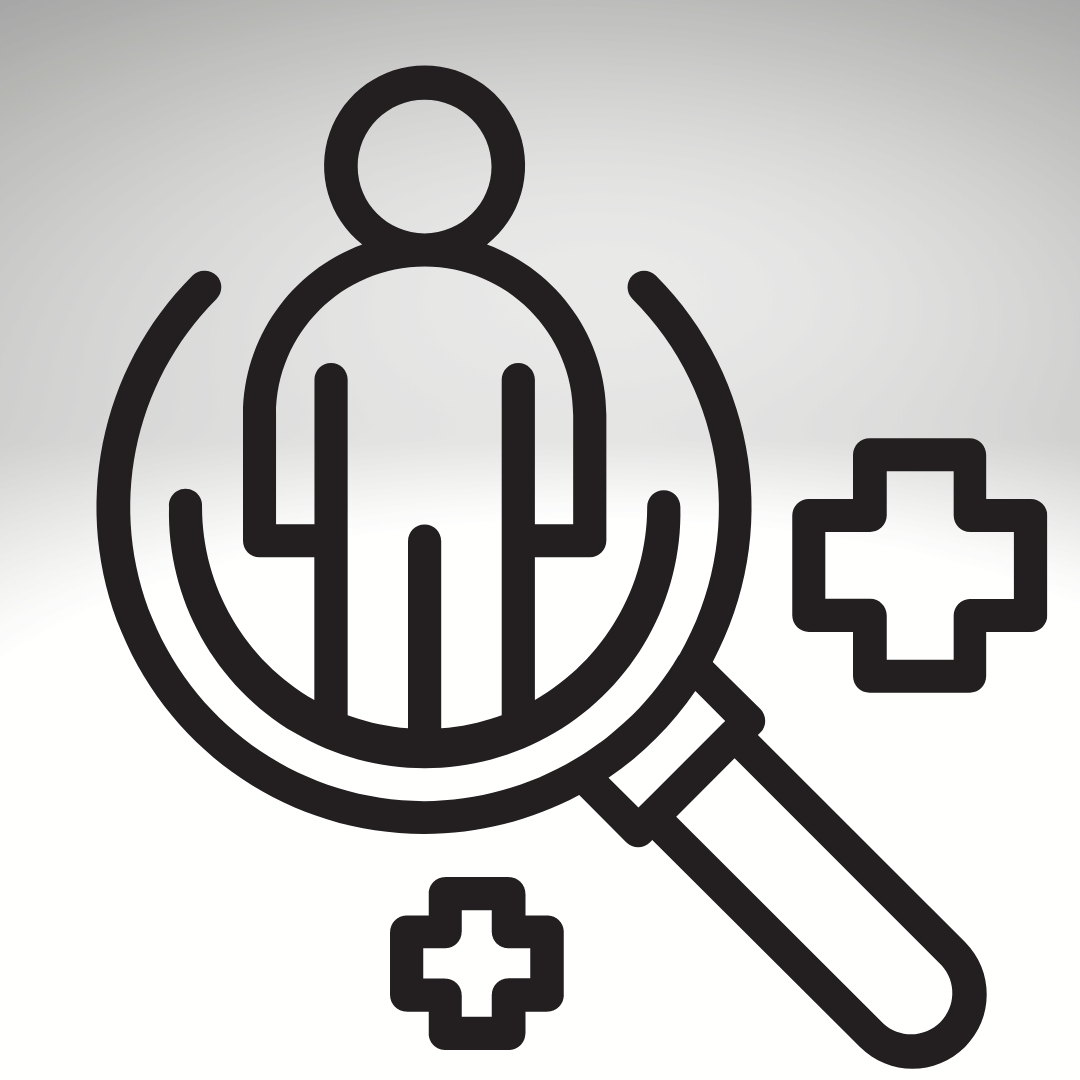 About 25% to 43% of stroke survivors will have PSS, usually in the first year after a stroke. PSS is more common among younger survivors.

Strokes that injure the part of the brain that controls signals to muscles can lead to spasticity. PSS is kind of the opposite of that well-known stroke aftereffect that causes face muscles to droop. Luckily, I haven’t had to go through either of those.

PSS can lead to permanent muscle shrinkage and contracture, along with joints freezing in one position.

There’s really not a cure yet for PSS, but it can be managed somewhat with certain treatments and lifestyle adjustments.

Injections of botulinum or Botox injections may be of some help by blocking certain nerves associated with a particular spasticity issue.

There are other treatments available that may help provide some relief, like oral muscle relaxers, baclofen, diazepam, tizanidine, and dantrolene sodium that may help give some relief. As they say in the TV commercials, ask your doctor, because I’m not qualified to give medical advice.

Some treatment options you can try at home are the following:

One bit of advice I am qualified to give is to stay positive. PSS can be managed, if not cured, and it doesn’t have to remain an obstacle to recovering from a stroke.

Since the stroke I survived, I’ve run into quite a few people who have told me about somebody they know who had one or several mini-strokes.

Here, in this space, I’ve been recovering from a stroke all this time and writing about traumatic brain injuries and strokes. I never even thought of about mini-strokes, until now. Maybe it’s because I’ve mainly been looking at severe, life-changing strokes, like the one I survived. There was nothing mini about that one.

Mini-stroke is the common term for  transient ischemic attack, or TIA for short.

First, ischemia happens when the blood flow to a part of the body is restricted, and in the case of TIA, the brain. When blood flow to the brain is reduced, so is the oxygen supply. Ischemia is kind of the opposite of hemorrhage, where there is too much blood flowing to a body part. These two conditions, ischemia and hemorrhaging are the two major kinds of strokes. 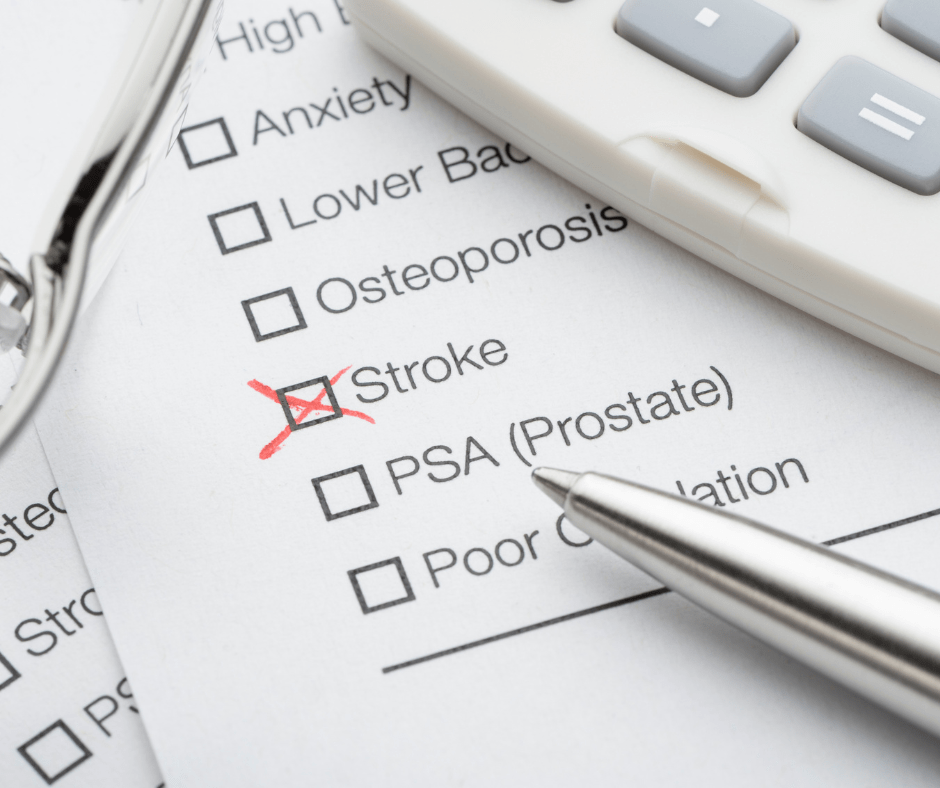 A TIA can appear suddenly. The symptoms and outward signs of a TIA are described by the acronym FAST:

Arms: The person may not be able to raise one or both arms.

Speech: They may suddenly slur their speech, or not be able to understand others.

Treatment: The sooner that person gets medical treatment the better. Call 911 right away when you see these symptoms.

These are the main symptoms, but there are other ones possible, like lack of balance, dizziness, confusion, and trouble swallowing. Although a TIA isn’t a heavy kind of stroke, it’s still a stroke, and the FAST approach should be followed just as for any stroke. It’s pretty hard to figure out which is which sometimes.

The chances of experiencing a TIA can be lowered the same way as for any kind of stroke. Here are some important tips:

Blood clots can form in arteries clogged with fat and cholesterol and can trigger strokes, big and small. As a person gets older, arteries can naturally become narrower and increase the risk of strokes and heart attacks. Smoking, obesity, diabetes, high cholesterol and high cholesterol can speed up the artery-narrowing process and are to be avoided as much as possible.

A TIA lasts a relatively short period of time, usually just several minutes and doesn’t do the kind of damage a heavier stroke does, but it’s still a thing you really want to avoid.

Risk factors for any type of stroke include:

A TIA can happen to anyone at any time.

I’ll leave you with this video clip of a reporter named Serene Branson, experiencing what appears to be a TIA live on-air while covering the Grammys. Most people thought it was a TIA, but at least one physician thought it could be a complication from migraine headaches. Whichever it was, the onset of a TIA looks a lot like this.

Last Wednesday, my past caught up with me in a good way, and now my pre-stroke and pre-brain injury self can finally be put to rest.

Last Wednesday I finally got most of the rest of my belongings shipped to me from Minnesota. All my books, clothes, comic books (over a thousand), my CDs and DVDs (hundreds), two vintage guitars, violin, keyboard, and other stuff that was a big part of who I was in my previous life are finally back with me, after six long years.

I won’t go into detail, but as soon as I was discharged from the hospital after experiencing a stroke I wasn’t given the option to return home, which was only a couple of miles from the hospital. I was driven straight from the hospital to Amtrak, and headed to Washington State, where I have two sisters who took me in for a few months. I was only able to start to rebuild my life because of their kindness and
compassion and the kindness of people I’ve met along the way. I’m sure I’ll write about it some time in more detail, but people who know the story react with differing measures of outrage and sadness. 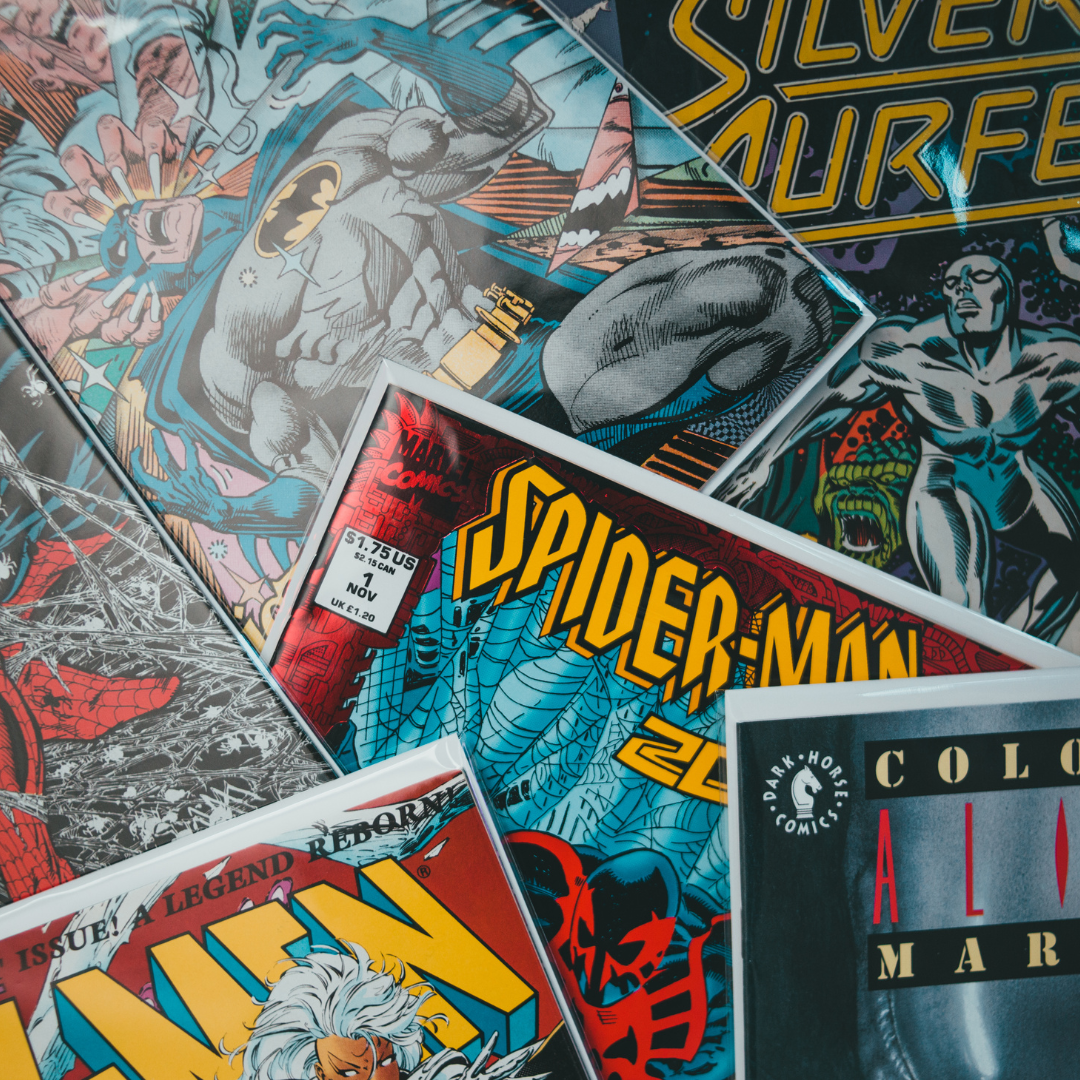 The important thing, though, was that I had a whole new life ahead, but I was constantly being dragged back to my past, because there are parts of my past I dearly missed.

Getting back all those things made me think, and think a whole lot.

Then I realized how much that had to do with my recovery from the stroke-induced traumatic brain injury I am in the middle of. I think pretty much everyone living with a brain injury knows and understands how greatly important letting go of the past is. How not to dwell on what’s been lost and how important it is to focus on the present, the future and building on what they have been left with. How not to feel bitterness, anger or sadness for what they had once been.

I’ve written about that from time to time but never realized until now the extent to which it was influencing me.

I’ve been successfully building a new life in a place I’d never been and where I knew no one besides my sisters. Much of that success has come through my writing, making it possible to have experiences and meet people I’d have never imagined in my previous life.

I know now the belongings I’ve been attached to don’t mean much compared to what I always had and held on to. I realize how much more important that the stroke I went through hadn’t wiped away my memory and experiences, two things that are always part of who I am and will always be. I realize how little value my belongings contribute to the kind of man I’ve grown into or to any part of who and what I am and will become.

I’ve always been me, and that’s a great starting point right there.

Of course there are people in Minnesota I will always miss and who will always be part of my memory and experience, but now all of me can live and thrive right now in Washington. But I see no reason to ever return to Minnesota—it’s part of my past and part of who I always will be, but it’s time to cut the cord on that phase of my life. What’s the point of living in a past that will never come back again? Better to put it all in the rearview mirror and keep on moving forward.

I’m free now to really move on, to put the past behind me and to live in the future I’ve already started to build and shape—and I’ve really got some great plans in mind.

But I still am real happy I finally have all my comic books.