Home » Brain Health & Healing » In a Flash: The Moment I Realized I was Recovering from a Stroke 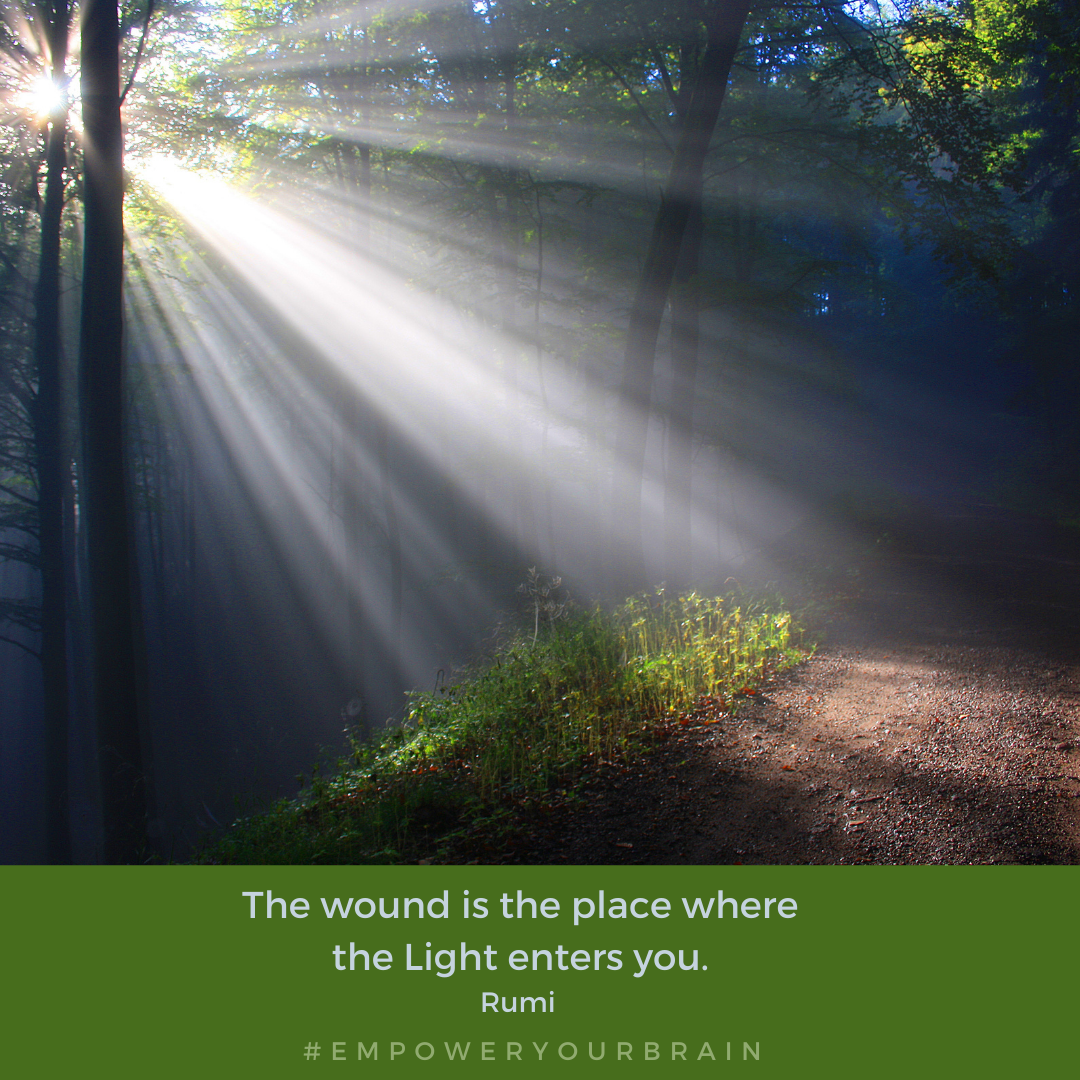 Maybe you could call it a flash of insight, an epiphany, or a sudden realization. Whatever you want to call it, I just had one, about my recovery, and I want to tell you about it.

I have to kind of build up to it, though.

The other day I was out walking, minding my own business, lost in thought.

Then for some reason, out of the blue, I started thinking about something I did in fifth grade I haven’t thought about in many years. I was living in Wyoming at the time, a state that’s big on hunting. My father only hunted a handful of times, but one time he did, and brought home ducks.

After my mom did all the things you have to do to get the ducks all ready for cooking, I snagged a couple of duck feet from the trash. I was curious; I thought it was just so cool that when you pulled on the tendons (or whatever they were) that stuck out, the feet would move and kind of clench.

I was like a kid with a new toy—well, I was a kid, and I did have something new to play with, so I guess it’s an apt analogy. I didn’t tell my parents I had those duck feet.

That was a fond memory, one I hadn’t thought of in decades, but it triggered another memory. I told you all of that to tell you about the other memory, one directly related to recovering from my brain injury.

When I was released at the end of the month I spent in the hospital after my stroke, I felt a little down; I had always been told by people they thought I had a fantastic memory and a pretty sharp mind. Now it occurred to me my greatest asset had been damaged. I was dazed and in a mental fog that wouldn’t go away—I was afraid that was how things would be the rest of my life.

One night, about four months after the stroke, I had an electrifying experience that didn’t involve actual electricity, but was still very shocking.

I was lying in bed, on the edge of falling asleep and I felt a kind of jolt in my head. Memories from all phases of my entire life came to me in a cascade that was so quick I don’t think it could be measured in terms of time. It was very similar to the flash that brought the memory of those duck feet.

But suddenly here I was, with a flash flood of memories that I could see and feel, almost as vividly as when I first lived them.

I could remember my first day of kindergarten; the name of the kid that sat behind me in first grade and a girl in that class that was my first crush; the first book I ever read. I could even remember events from the time before I could talk. I’ve spoken with my mom about some of those things and she verified that they actually happened.

The fog had lifted; my mind was suddenly crystal clear. I didn’t get smarter; it was just that my mind was more of an open book.

But I soon noticed that some of the aftereffects of the stroke had started to lessen as well. For the previous few months I could barely speak above a whisper—now I had the full power and range of my voice again. My sense of balance had improved by a lot, and other parts of my post-stroke existence and awareness had improved.

One of the most important of those things that improved was my confidence that I could still write. This was a huge deal for me, as it was later in the same month I started contributing writing to this blog.

I think I know what happened to me that night: that was the real beginning of my recovery from the traumatic brain injury that stroke had left me with. I still struggle with some things, but I have fewer challenges than I did before.

Yet,  I recognize that I still have a good way to go in my recovery.

The brain of every brain injury survivor works overtime to bring the person back, as much as possible, to what he or she was before brain injury. I guess my brain really wanted me to get better, and get better soon, so we could be friends again. Before that moment, I could look, but now I could see. But I didn’t even realize how much I had improved. It was only after that night I realized how lost in the fog I had been.

But I did wonder if the improvement was all in my head, so to speak. I didn’t need to worry; my rate of recovery was visible to the people around me. Everybody commented that I had just improved so much so fast. The other members of my brain injury support group would tell me how much better they could see that I was doing, meeting after meeting. I keep getting better, but not in any dramatic way that I can see or feel, I can just tell I’m getting better in smaller ways all the time. I know it will still take a long time, if ever, that I am done progressing but I am still making progress nonetheless.

Even during some of the toughest times of my life I always somehow felt I was the luckiest man in the world; now I feel I’m the luckiest stroke survivor.

I wish I could tell you how to make something like that happen for you, but sadly, I don’t know how it happened to me. All I know is my brain was really rooting for me to come out on top, and it really came through for me when it mattered most.